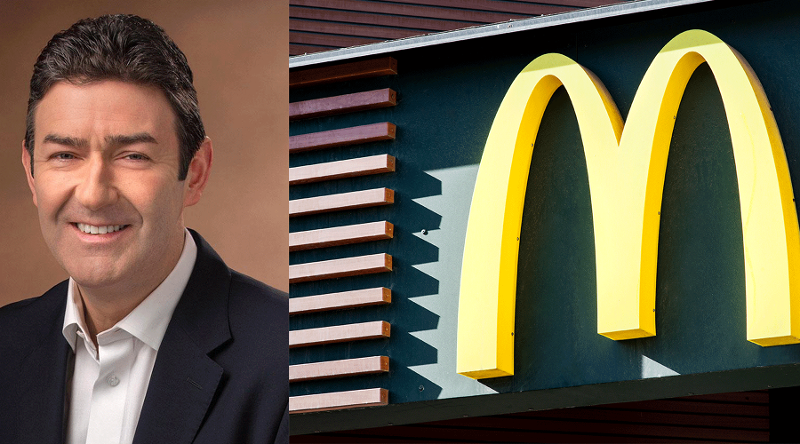 January 2015: Steve Easterbrook, chief brand officer for McDonald’s, is named CEO of McDonald’s for Don Thompson, who retired after a year in which global same-store sales fell and the chain was under pressure in its biggest market, the U.S. Easterbrook would take the helm of the company in March.

May 2015: McDonald’s announces a massive restructuring of the global company, including $500 million in cuts to corporate overhead. It would be the first of multiple reorganizations under Easterbrook, mostly with the goal of reducing general and administrative costs and to speed decisions. That restructuring would ultimately lead to numerous layoffs and massive changes in franchisee relations. It would also lead to the sale of most company-owned restaurants to franchisees.

October 2015: David Fairhurst, who had been chief people officer for McDonald’s Europe, where he worked with Easterbrook, is named global CPO.

June 2016: McDonald’s announces plans to move its corporate headquarters to Chicago from the suburb of Oak Brook, Ill., where it had been located for 50 years. The headquarters move led to a massive shift in company employment, often skewing toward younger people who preferred the new location.

December 2018: A months-long uprising by franchisees over remodel requirements leads to the creation of the National Owners Association, the first broad-based, independent franchisee group in McDonald’s history.

Nov. 3, 2019: Less than two weeks after his last earnings call, Easterbrook is fired. The announcement was made on a Sunday afternoon. The company said it was due to a single, consensual relationship with an employee, which Easterbrook called “a mistake.” “I hope you can respect my desire to maintain my privacy,” he said in a statement at the time. Chris Kempczinski, who had been president of McDonald’s USA, was named his replacement.

Nov. 4, 2019: McDonald’s acknowledges Fairhurst’s departure, saying simply that he “departed the company,” though it was said at the time that the two departures were unrelated. Still, he is the fourth major C-level executive to leave the company in recent months.

Nov. 26, 2019: New York City’s comptroller and a pair of institutional investors question the decision to allow Easterbrook to retain stock options in his separation agreement. The agreement said Easterbrook was not fired “for cause,” enabling him to retain a package currently said to be valued at $57 million. In exchange, Easterbrook agreed to not work at a competitor or avoid disparaging the company.

January 2020: Amid reports of a “party culture” at McDonald’s new Chicago headquarters, Kempczinski says in a letter that the company would focus on its “core values.”

July 30, 2020: McDonald’s vows to bolster diversity in its system. In an email featuring the company’s top executives, including Kempczinski and Capozzi, the company said it would operate by a set of guiding principles, including “doing the right thing for the right reasons.”

Aug. 10, 2020: McDonald’s sues Easterbrook over his severance. The company said the former CEO had three additional affairs with co-workers, one of whom was awarded hundreds of thousands of dollars’ worth of stock options. The company discovered the relationships after an anonymous tip came to the company’s board in July.

Aug. 14, 2020: Easterbrook seeks a dismissal of the lawsuit. His attorneys argued that the company always had the information about his other relationships and that the board knew about the stock award given to an employee.

Aug. 25, 2020: McDonald’s says Easterbrook covered others’ problems. The company also said that the former CEO destroyed evidence and hinted that more information on its investigation was forthcoming. “The board will follow the facts wherever they may lead.” The company also acknowledged that Fairhurst was fired, and said that Capozzi started a broad look at McDonald’s human resources function back in April.

Aug. 31, 2020: McDonald’s says Easterbrook “abused the trust” of everybody connected with the company and blasted arguments made in his filing for a dismissal as “morally bankrupt.” Reports also suggested that the company’s investigation had turned toward actions by Fairhurst.