Wetzel’s Pretzels has promoted its former president to CEO, the company announced this week.

Jennifer Schuler, who previously served as chief marketing officer of the 350-unit quick-service chain, had been president for the past two years.

“Jenn is uniquely suited to take over the CEO role at our organization, Bill Phelps, the chain’s co-founder who will remain on the board, said in a statement. “Since joining Wetzel’s Pretzels as CMO in 2014, she has combined her marketing and operations experience with global brands to drive same-store sales, profitability for our franchise partners and further growth for the brand domestically and abroad.” 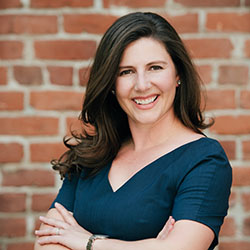 As president, Schuler helmed the company as it saw a 2.8% increase in same-store sales.

Last year, Schuler became a Wetzel’s Pretzels franchisee, operating a kiosk and two units at the Mall of America near Minneapolis.

Schuler said in a statement she will work to grow the brand, with a goal of 500 locations by 2021.