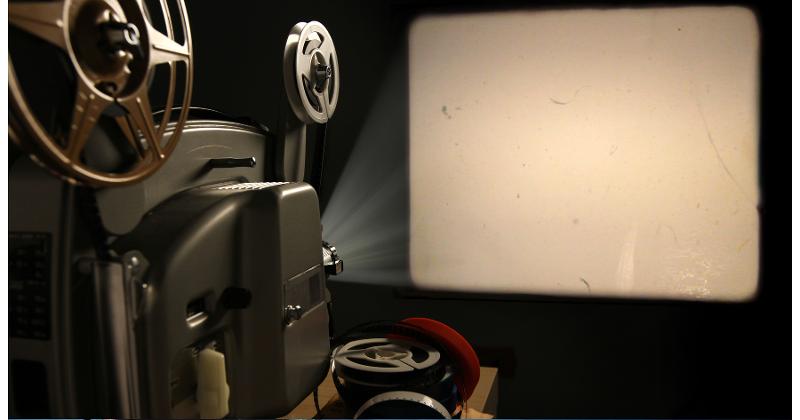 Kick back with these servings of entertainment. / Photo: Shutterstock

If cat tricks made up the last video you stole time to watch, consider this an intervention. This year’s wave of holiday films and streamable TV options abounds in presentations of special relevance to restaurateurs. Because the shows focus on the business and its stars, their entertainment value is sweetened with insights and punchlines of particular relish to restaurateurs.

We’ve made it easy to draft a binge list by compiling this special holiday entertainment guide for operators. Included are older industry-focused presentations that could be labeled as edu-tainment.

All you need to come up with is the time. And maybe some popcorn.

"The Menu" (Movie, in theaters)

The excesses of fine dining are the grist for this cross between an Agatha Christie mystery and a molecular gastronomy demo that went way too far. A group of self-ascribed gourmands have gathered on an island sporting little else but a high-end restaurant where a god-like chef runs the kitchen. They’ve paid $1,250 each for the extensive tasting menu, which includes such over-the-top dishes as The Island (a rock topped with a selection of seaweed and algae, garnished with a scallop). A bread plate consists of exactly that, a plate where bread could be placed, but wasn’t.

Seated at each table is a loathsome stereotypical guest, from critic to hardcore foodie to a demanding movie has-been. Some start to disappear, and others are openly threatened by the mad chef.

One review warned of “excessive saucing.”

Before Grant Achatz became the most celebrated chef in Chicago, there was Charlie Trotter, the boyish-looking, self-trained chef who made Charlie Trotter’s one of the most respected restaurants in the world. He was a master at the stove, but not exactly an inspiration in how he managed his talented team (a group of employees would sue him for allegedly abusing the staff). Faults aside, he broke new ground by offering a vegetarian menu, adding a chef’s table in his kitchen and diversifying into the to-go business with a satellite specializing in roast chicken.

He would die at age 54 in 2013, not long after his Chicago outpost closed.

In this wholly fictional account with plenty of real-world parallels, a young fine-dining chef is called back to Chicago to take over the Italian beef sandwich joint his brother had mismanaged until tragedy struck. The aspiring culinary star has the humbling experience of grinding out sandwich after sandwich while contending with family strife and a maddening staff of hardcore individualists who haven’t much use for a fancy interloper they’re forced to address as chef.

Rotten Tomatoes gave it a score of 100%, signaling that this is one to watch.

Like the star of "The Bear," the main figure in this true story is struggling to save his family’s restaurant, in this case a small independent in the flyspeck town of Bad Axe, Mich.  David Siev returns not because of the business, but because of the pandemic. And the family venture is being threatened by the closings and other changes forced upon it by COVID-19. The movie is a recount of how one family owned business tried to save itself from being another casualty of the crisis.

"The Founder" (Movie, on demand occasionally, DVD)
Ray Kroc is a legend in the business world, particularly within the restaurant industry. But this fictionalized account of how he secured development rights to McDonald’s, a concept hatched by two complacent brothers in California, shows that he had his dances with the devil. The story of how he built the brand that changed America is even more intriguing in this unvarnished telling.

"Julia" (TV series, HBO Max)
Not to be confused with a 2021 documentary of the same title, this fictionalized account of Julia Child’s life aims to delve into the person beneath the media stardom. It recounts what went through the former spy’s head and heart during the years she hosted "The French Chef," the indisputable predecessor to The Food Channel and the many cooking shows that are now on the air. It stars Sarah Lancashire as Child, with supporting roles held by David Hyde Pierce and Bebe Neuwirth of "Frasier" fame.

The charm has yet to wear off this 15-year-old animated tale of a rat who successfully pursues his dream of becoming a top Parisian chef. Animation technology may have advanced since Remy first donned a toque, but the story still delights.