Attention, Rosetta Stone: You need to get busy on the latest lingo adjustments in the restaurant business, which descended on New Orleans yesterday to consider the near-term benefits of new technology. Changes in the industry vernacular are taking hold as restaurateurs grope for labels to tag the digital aids and benefits they need. Indeed, program this into your decoder ring, Merriam-Webster: 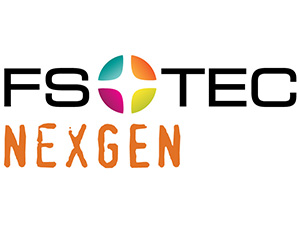 The “friction” refers not to heat between guest and restaurant, but to customer and service staffers rubbing together, figuratively speaking. “For better or worse, especially among millennials, some guests don’t want to talk to anyone, they just want to get their food and go,” said Chris Bright, the CEO of 94-unit Zpizza chain.

Bright’s charge is a day away from launching a new bar set-up where customers over 21 serve themselves draughts from 18 taps. Customers buy a wristband that a magnetic detector at the taps can read, and customers draw what they want. The system tabulates their tabs for payments via mobile device. Faster service, potentially less interaction.

Similarly, because of friction considerations, “throughput and speed are critical to us,” said Kathie Niven, chief brand officer of the Biscuitville Fresh Southern chain, whose 54 restaurants are open only eight hours a day.

She also cited the throughput and service benefits of using technology to remember what a guest tends to order. “If you step up to the counter once a month, I think we should remember what you like to order,” she said.

Niven cited the issue of lessening consumer friction as the technology area that most interests her as a marketing specialist.

Few restaurants today are unaware of social media’s potential to pull customers through the front door. Keith Kravcik, CFO of Hometown Buffet parent Ovation Brands, indicated his company is contemplating the ways social media could be used to sell takeout add-ons to customers already inside.

“We have all these homemade desserts that’d be good to take out,” said Kravcik, whose company’s other brands include Tahoe Joe’s and Old Country Buffets.

He wondered aloud about why Twitter and other media weren’t already being used as an internal sales tool. A manager might learn that a guest in the restaurant at that very moment was raving about a carrot take. The manager could approach the guest with a query about buying a cake to take home, and then swipe the guest’s credit card right there. The cake would be wrapped and ready for pick-up when the guest is ready to leave.

It’s not an unfamiliar phrase to restaurants, just one that’s getting more use, particularly as a replacement for the sometimes scary tag, “big data.”

Months ago, many cutting-edge tech adapters were bemoaning the crushing volume of data that was suddenly hitting their inbox, likening it to a blast from a firehouse. How do you channel all that matter into intelligence?

The new reaction: Bring it on.

“The biggest demand is really information,” said Michael Verdesca, VP and CIO of McAlister’s and Moe’s parent Focus Brands. “It’s really data, and getting data, and putting that all together and make sense of that—how our brand is doing out there, and how it comes across.”

Technology as a franchise sales tool

If Chain A has embraced the technology that helps its stores boost sales and profits, and Chain B still thinks of tablets as something you take in lieu of gel caps, which brand is the more attractive to a prospective franchisee?

Digital capabilities can become as important in closing a deal as traditional considerations such as menus and pricing levels, a panelist of operators agreed.

They have little applicability to restaurants, but high-tech lifts were much discussed during the first few hours of FSTec, with plenty of attendees offering first-hand insights. The host hotel sported the next generation of elevators, and some guests, including the tech specialists attending the conference, were clearly suffering some future shock.

Instead of hitting the Up or Down button to call the elevator, guests punch their floor numbers into an oversized keypad. A screen on the keypad indicates which elevator car to take (A, B, C, etc.) Step into that car when it arrives, and the elevator automatically whisks you to your floor.

But as attendees learned, changing longstanding behavior can be difficult. Many entered the elevator and started hunting for the list of floor buttons. Their unease at finding none was clearly evident.

FSTec is a conference for the users and marketers of restaurant technology. It is presented by CSP Business Media, the parent company of Restaurant Business magazine. Follow developments on Twitter, #FSTec, or check back here for additional coverage.