So how to go about the critical matchmaking process? Slowly and methodically, according to franchising experts, who say moving too fast—letting emotion and greed trump diligence and patience—is the most common mistake made by both sides. Not factoring in culture and values is another. 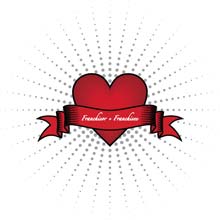 “Most candidates spend almost all of their time focused on how much they like the product and if they can make any money at it. Those are important, but neither candidates nor companies spend near enough time making sure that the two parties truly have a fit,” says Kevin Hogan, president of Liberty Development Consulting, Houston. Hogan, who consults on franchisee recruitment and implements recruitment programs for chain clients, has himself been a franchisee of concepts like Whataburger, Church’s Chicken and others over the past 20 years. “When there are issues between the franchisor and the franchisee, they’re hardly ever about the product or whether or not the franchisee is making money. Most of the time they’re about things like how the company is run and how decisions are made, what the culture, philosophy and vision are. It’s these things that ultimately determine whether you can live together happily for the next 10 to 20 years.”

Hogan says franchisors bear most of the blame when bad matches are made. In their eagerness to sign up franchisees and get fees pouring in, they short-circuit the process. “It’s not uncommon to see companies signing on franchisees that they’ve never even met,” he says. “They talk to them over the phone, send them an application, take their check and meet them in training.”

For new franchisors in particular, who can get a bit tipsy on the idea of rapid growth through franchising, anyone with a pulse who loves the concept and can write a check tends to look pretty attractive. “In the beginning, you’re ecstatic about anyone who falls in love with the concept and wants to sign on,” says Randy Romano, executive vice president at Pizza Fusion. “We’re known for being very earth friendly and as soon as we started franchising, we got lots of candidates who shared our passion for the environment. We thought that was great. But we quickly learned there’s a lot more to it and that taking those franchise fees is a double-edged sword. It’s tempting, but the likelihood that it’s going to bite you down the road is high.”

Pizza Fusion has since developed a rigorous evaluation process built on extensive interviews and “discovery days,” during which candidates get full exposure to the company and how it operates. “During the interview process we look at what their expectations are, what their background is about, where they are in life,” Romano says. “If they’re making a life change, why? How do they feel about following and conforming to a particular system?”

Candidates who get through the initial interviews then meet during the discovery day with each Pizza Fusion department head to get a feel for how the company operates and how they’d fit within the system. The full management team evaluates and weighs in on their likelihood of success.

Chris Cheek, vice president of franchise development at Bruegger’s, admits selecting franchisees is not an exact science, but says following a systematic approach improves your batting average. Like Pizza Fusion, his company has developed a formalized process for reviewing and evaluating franchise candidates. It’s strictly adhered to from the time a lead comes in until a candidate signs the agreement.

The process involves a series of exploratory phone conferences designed to expose the candidate to as much information as possible about the company and to uncover as much as possible about them, their motivation for becoming a franchisee, their experience and their financial situation. “If after the first two calls it seems like a good fit, the next meeting is to go over the franchise disclosure document in detail,” Cheek says. “If it’s still a green light, they come to one of our bakeries and spend several hours in both the front- and back-of-the-house. It’s designed to let them know what it’s like to be involved in the business and gives us a chance to observe how they interact with staff, managers and guests. If we’re still both excited, we then ask them to develop a business plan/model for how they’ll operate their franchise. To do this, they have to gather input from several existing franchisees.

It’s an additional important step that helps them to develop a clear picture of what they’re getting into.”

Kristen and Miguel Pagano, new Greene Turtle franchisees who opened their first restaurant in Chesapeake, Virginia, in June, followed a similar procedure and especially appreciated time spent with corporate officers and in the field. “Initially, we had a lot of calls back and forth and applications to fill out. Then we met with senior managers and the company president at the corporate office. Over two days they drove us around to as many restaurants as we wanted to see and let us observe and interview other franchisees. We came away from that with such a great feeling about the company and knew it was the right fit for us,” Kristen says.

From the franchisor’s perspective, following such a multi-step process is critical, says Andrew Horton, vice president of franchisor development at FranChoice, a Minneapolis-based consultancy/brokerage. His company’s approach, when working to match franchisees to the right business opportunities, starts with having the candidate clearly identify their goals for purchasing a franchise, their economic situation, and their desires and expectations for lifestyle, day-to-day involvement and income. “Those key characteristics will help determine the type of franchise that might be right for them,” Horton says. “A concept they thought they loved might be totally wrong for them while another they’d never thought of could meet their expectations.” Once candidates are pre-screened they’re handed over to client companies, who take it from there with their own franchise sales organizations.

Even if you use a broker or consultant to deliver pre-screened candidate leads, having a balanced approach with a strong internal sales team as its foundation is important, advises Patrick Callaway, president of Francorp Inc., Olympia Fields, Illinois. “Develop your own leads, meet with your own prospects and sell your own franchises. Odds are if you’re doing it yourself they’re probably going to end up being the best candidates to fit successfully into your culture,” he says. “There’s no reason not to work with an outside firm and have that extra level of sales and marketing, but keep in mind that brokers/ consultants are salespeople trying to make a commission. At the end of the day, they get paid only when a franchise deal closes so there’s a bit of inherent conflict of interest.”

Callaway contends restaurants can be at a disadvantage when they rely primarily on third parties to attract candidates and sell their franchises. “If the commission that you pay is lower than what another company is paying, the broker may be less inclined to steer candidates to your franchise. You’re often better off not negotiating the lowest commission structure for this reason. Also, if a broker is spoon feeding great leads to you and you don’t have a strong internal team that can get the deal done, that broker will eventually shift his or her focus to companies that can.”

At the end of the day, he adds, procuring great franchisees is not so much a sales process as it is an interview process. “Owners and internal teams have the best gauge of the type of people who will be successful in their business. They can pretty quickly sniff out imposters who think it’s like simply buying an investment. That’s not something you can or should delegate.”

When you operate a franchised company (combined between IHOP and Applebee’s, DineEquity is over 90% franchised and anticipates being 99% franchised) a sound, sensible process for selecting franchisees is essential. You are looking for that ideal match and that really starts with values. To this day, I still interview a franchise applicant—nobody becomes an IHOP or Applebee’s franchisee unless I have spent time with them.

By the time I meet an applicant, members of the team have vetted the individual in terms of business acumen, experience, financial resources and other key metrics. My time with them is about understanding the person, what they stand for and what they value. If the applicant’s values don’t match DineEquity’s values there is no opportunity for a relationship. Values are the foundation upon which we build our business.