Chain locations aren’t exact clones of each other. There are little quirks, local menu items and different customer demographics. That’s why one social media presence doesn’t necessarily fit all. “Having a Facebook and/or Twitter page for each location allows that store to feel more local and part of the community and be perceived as ‘one of us,’” says David Erickson, director of eStrategy with strategic communications firm Tunheim Partners. He has worked on social media campaigns for Punch Pizza and Izzy’s Ice Cream. 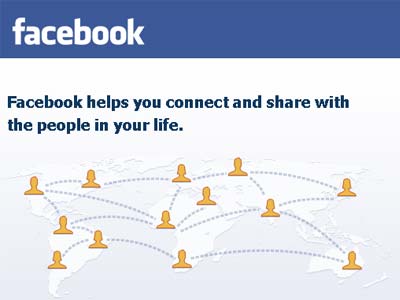 Small restaurant chains may have the most success at going local with social media in 2012. Erickson suggests training staff at each location to use social media tools and then letting them go after opportunities with a minimum of red tape from corporate headquarters. “Having local staff administer their own social presence also allows them to take advantage of opportunities that are hyper-local, like promotions for a victorious high school soccer team,” he says.

Great, you have a Facebook page and a Twitter account. Now what? Many more restaurants will move beyond the occasional static social media update and really start exploring the power of interactivity with customers. William M. “Marty” Kotis III, president and CEO of Restaurant Investors, has 17,400 Facebook fans and 3,400 Twitter followers for Darryl’s Wood Fired Grill in Greensboro, North Carolina.
Kotis turns social media contacts into repeat customers by keeping updates coming and bringing fans into the fold with a personal touch. “The key is engagement. You need to have a conversation with your guests and fans,” he says. “Lots of restaurants never bother to respond to guests’ comments on Facebook. That’s just rude.”

A 2011 study by research group Gartner says that by 2015, digital strategies such as social and mobile marketing will influence at least 80 percent of consumers’ discretionary spending. Kotis is seeing the payoff from the 10 to 12 man hours of social media work his restaurant puts in weekly. “One guest asked a question on Twitter that later led to a 50-person dinner. Others on Facebook help us improve the restaurant,” he says.

There are more than 800 million active users on Facebook. It’s no wonder it’s the first site that comes to mind when restaurants delve into social media. Twitter counts 100 million active users. Those sites aren’t the only ones out there. Google’s launch of it’s Facebook-rivaling Google+ network made a big splash in 2011 and brand pages should be introduced any day now. “Once Google+ releases their brand pages, it will be important to have a presence there,” says Erickson. The sheer popularity of Google products combined with search engine visibility will lure restaurants onto the site in 2012.

Mobile social networking services will continue to ramp up and that will bring new meaning to being active on services like Yelp and Foodspotting [fig. 9] that cater to users with mobile devices. “They are not new, but it is increasingly important to have a positive presence on review sites,” says Erickson.