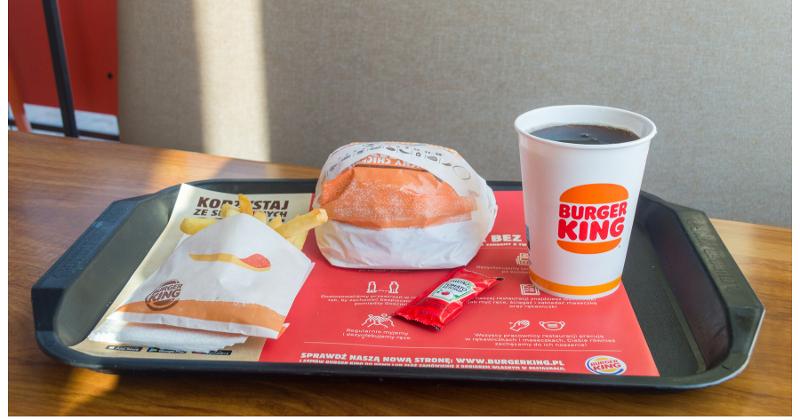 A California man who describes himself as a longtime Burger King customer has sued the chain in federal court for allegedly misleading the public about the safety of certain menu items, including the Whopper.

The suit pivots on recent findings that the packaging for the products abounds in per- and polyfluoralkyl substances, popularly known as PFAS or forever chemicals. Some scientists and health officials believe the compounds can damage the human immune system and a number of internal organs.

The data, published in the March 24 issue of Consumer Reports, found significant levels of PFAS in the packaging of at least eight big fast-food brands. The chains with PFAS concentrations of at least 100 parts per million (PPM) in at least one product’s packaging included McDonald’s, Chick-fil-A, Taco Bell, Nathan’s, Cava, Sweetgreen and Arby’s.

The publication apparently used the 100 PPM threshold because that’s the limit California will set on packaging as of 2023. The magazine noted that its own experts believe a safer cap would be 20 PPM, the level Denmark uses.

PFAS are used in a wide array of food packaging and other everyday materials because of their effectiveness in preventing grease from leaching through a container.  They have been used for that purpose for more than eight decades. Some occur naturally instead of being engineered into packaging materials.

A lawsuit similar to the one just filed against Burger King was lodged against McDonald’s about a week after the Consumer Reports findings were published. Both actions ask the courts to grant class-action status to the measures, and the plaintiff in the Burger King suit is demanding that his case be tried before a jury.

That action accuses the franchisor of irresponsibly marketing items such as the Whopper as “real” and free of undisclosed additives or other substances that might be of concern to the public. It cites Consumer Reports’ finding that the wrapper used for BK’s signature sandwich contains PFAS in a concentration of 249.7 PPM.

The plaintiff, Azman Hussain, is identified in the court documents as a consumer who has purchased Whoppers for years from Burger King in the assumption the sandwich was safe to eat. On a visit in March 2022, he actively reviewed the “labeling, packaging, and marketing materials of his Product” before buying a Whopper from a BK unit in Fresno, Calif., according to the papers.

“As a direct result of Defendant’s material misrepresentations and omissions, Mr. Hussain suffered and continues to suffer, economic injuries.” The suit did not specify those injuries.

It asks the U.S. District Court for the Northern District of California for “compensatory, statutory, and punitive damages in amounts to be determined by the Court and/or jury.”

Although the action is focused on the Whopper and its packaging, a footnote asserts that the scope could broaden to other BK products during the fact-finding efforts leading into a trial.

The filing also requests that some sort of “medical monitoring” be established to safeguard the public’s health.

Burger King's parent, Restaurant Brands International, has vowed to eliminate the addition of PFAS from the chain's packaging and paper items no later than 2025. The promise extends to at least two of the company's other brands, Popeyes and Tim Hortons.

McDonald's has also set a deadline of 2025 for a halt in its use of packaging containing added PFAS. Arby's has pledged to eliminate those substances by the end of this year.

Chick-fil-A has said that any new packaging it adopts will be free of the potential contaminant.

Other brands have noted that finding packaging made without PFAS has been complicated by current problems in the restaurant supply chain. Packaging materials have been in short supply from time to time, forcing brands to change their specs by necessity.

PFAS have emerged as the latest additive to rouse the concerns of the scientific and health communities, though a consensus is lacking on how much of a danger the chemicals pose and what level of concentration should be regarded as a health threat.

They are called forever chemicals because the components virtually do not break down naturally. Traces have been found in the blood and breastmilk of humans and animals throughout the world.

About 9,000 man-made chemicals are included in that PFAS classification, but only a few dozen can be detected with current testing methods.