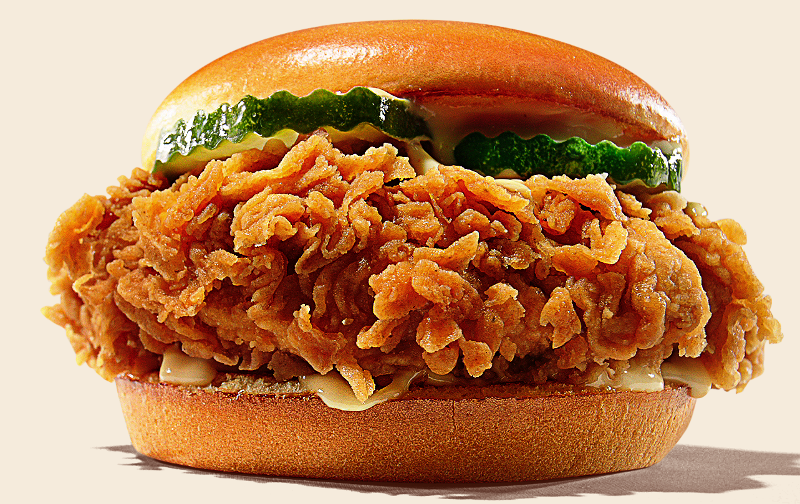 Last week, Burger King tweeted out that it would make a donation to the Human Rights Campaign, the country’s largest LGBTQ civil rights organization, every time the chain sells one of its new chicken sandwiches, the Ch’King.

during #pride month (even on Sundays 👀) your chicken sandwich craving can do good! we are making a donation* to @HRC for every Ch'King sold 🏳️‍🌈

The tweet was seen as a dig at its rival, Chick-fil-A, which has thrived for years by selling premium chicken sandwiches but has a perceived weakness in the form of its reputation on LGBTQ rights. Headlines used terms such as “trolls” or “snipes” or “takes aim” at Chick-fil-A to describe the move.

For its part, Burger King said nothing about Chick-fil-A in its tweet or in a comment made afterward. A spokesperson for the Miami-based chain said that it wanted the topic to focus more on the LGBTQ+ community than on Burger King’s involvement. Indeed, June is Pride Month and more companies of all kinds are marking the occasion.

“This is a community we love dearly and have proudly supported over the years, so we couldn’t miss an opportunity to take action and help shine a light on the important conversation happening,” the spokesperson said. Burger King is donating 40 cents for every Ch’King sold, up to $250,000.

Still, it was difficult to ignore the timing of the tweet after the latest backlash against Chick-fil-A—especially in context of the chicken sandwich wars.

Burger King is among the latest chains to upgrade their chicken sandwiches in recent months, following the success of its sister chain Popeyes in 2019. Restaurant Brands International, owner of both chains, has a reputation for aggressive marketing and Popeyes made light of Chick-fil-A being closed on Sundays when it introduced its version.

All of them are taking aim at Chick-fil-A, which has thrived for years based on strong customer service and quality chicken sandwiches. Yet it also faces a periodic backlash from LGBTQ advocates over controversial statements and donations.

This time, the issue came up after a Daily Beast story on what is described as an effort by “Christian billionaires” to kill the Equality Act—a bill making its way through Congress that would provide anti-discrimination protections for LGBTQ people.

At issue is donations from Chick-fil-A CEO Dan Cathy to the National Christian Charitable Foundation, a donor-advised fund that takes money from donors and uses it to fund various Christian-based causes. The NCF, as it is known, has in the past made donations to organizations classified as hate groups by the Southern Poverty Law Center for their stances on LGBTQ causes.

Though the Daily Beast story didn’t focus on Cathy or on Chick-fil-A specifically, the chain was nevertheless the focus on the after-story backlash.

Chick-fil-A has long stopped making donations to the NCF either itself or through its foundations. In 2019, after the previous backlash against the chain over its charitable giving, the Atlanta-based company made changes to its charitable foundation, reviewing donations on an annual basis. At the time, it was criticized for its donations to the Salvation Army and the Fellowship of Christian Athletes, both of which have been criticized for their views on gay marriage.

Chick-fil-A’s reputation on LGBTQ causes is rooted in comments Cathy made in 2012 that he disagrees with gay marriage. Criticisms of these views come up every so often as advocates or journalists dig into giving by the company’s foundation—though it’s notable that many restaurant chains and operators donate to Republican politicians who have fought against the Equality Act.

The backlash has done little to stop the chain’s growth. Chick-fil-A’s system sales have tripled since Cathy’s comments.