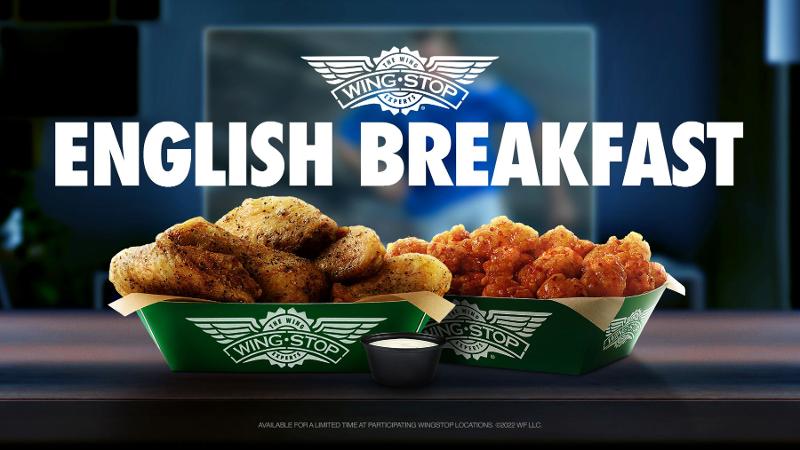 Wingstop might not top (or even make) anyone’s list of “English breakfast” destinations, but the fast-casual wing chain is hoping to change that. For a very limited time. In a very limited location.

This Saturday, starting at 6:30 a.m. Eastern time, Wingstop’s New York City locations will be delivering wings and thighs to fans of English Premier League football (that’s soccer, to the Americans).

The one-time-only foray into breakfast is in honor of the league’s hotly contested Chelsea vs. Manchester City matchup. The football game takes place at the City of Manchester Stadium, where the time zone is five hours ahead of New York City’s.

“The brand believes that when soccer is on early, wings become breakfast,” a Wingstop spokesperson noted via email.

Wingstop’s full menu will be available for the early-morning crowd, including classic wings, boneless wings, bone-in thighs and Thigh Bites, all available with the chain’s 11 flavor options.

Football fans can pre-order their wings now for Saturday’s early a.m. delivery via Wingstop’s website or app. The offer is only available in the five boroughs of New York City.

Since it is a one-time event, Wingstop was able to secure staffing for the day in advance and doesn’t anticipate any ongoing operational issues, the spokesperson said.

Last summer, Wingstop announced plans to open 25 company-owned restaurants, a mix of ghost kitchens and traditional stores, in Manhattan. CEO Charlie Morrison said there’s “a lot of white space” for Wingstop in New York, especially with the popularity of delivery.

And in May, Wingstop became a minority investor in its United Kingdom franchisee, Lemon Pepper Holdings Ltd (LPH).

The franchisee entered into a 100-restaurant agreement with Wingstop in 2017 as the sole operator in the market. LPH opened its first restaurant in London and now has a variety of locations, including shopping malls and ghost kitchens.

Despite soaring food costs, Wingstop has been a clear winner during the pandemic, with two-year same-store sales up 29.3% during its most recent quarter.