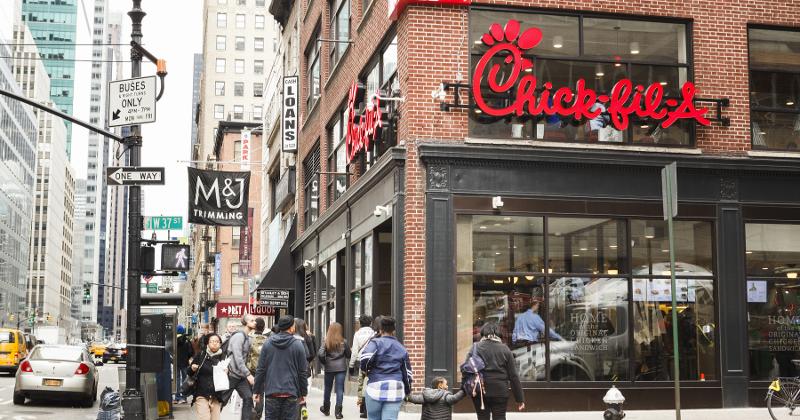 The semi-annual Taking Stock with Teens survey from Piper Sandler Companies once again listed the Atlanta-based chicken sandwich chain tops, with a 16% “share of wallet.”

The fall survey found teens spending 6% more than they did last year, but they are more likely to buy clothing than food this year. Clothing was the top priority for teens, with 22% wallet share. Food was No. 2 at 21%, according to Piper, which surveyed 10,000 teens in 44 states with an average household income of $67,755.

Chick-fil-A has been the top brand for teens in the past several years in the survey. Starbucks was No. 2 in the latest results with a 10% share, with Chipotle and McDonald’s tied at 5%, followed by Olive Garden at 4%.

Starbucks’ share increased 100 basis points over the past year, according to Piper.

The chicken sandwich chain remains a popular choice among teens despite a flurry of new chicken sandwiches from companies like Popeyes Louisiana Kitchen, Wendy’s, McDonald’s and KFC. Chick-fil-A’s sales remain particularly robust despite the competition and grew 13% last year, according to Restaurant Business sister company Technomic.