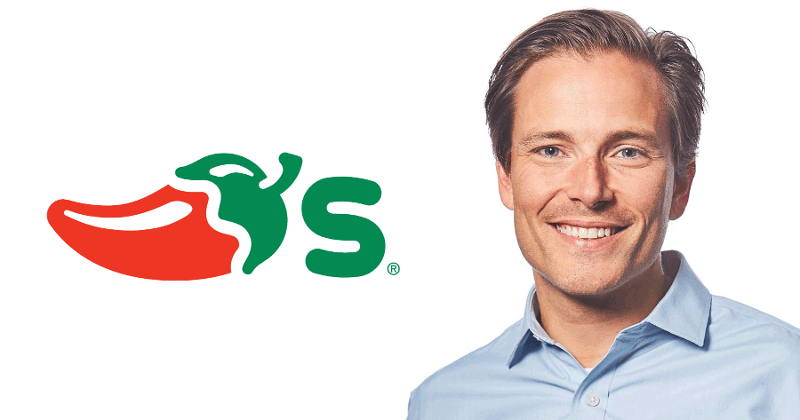 The parent of Chili’s Grill & Bar has promoted Michael Breed to SVP of marketing for the casual-dining brand’s domestic operation and its virtual spinoff concepts, both current and to come.

Brinker International said Breed, a 17-year veteran of the company, will be responsible for all U.S. marketing for Chili’s, including all digital efforts.

He also has the charge of growing Brinker’s virtual-concept business, which currently consists of It’s Just Wings, currently a delivery-only brand that operates out of 1,060 units of Chili’s and its sister casual brand, Maggiano’s Little Italy.

Brinker has projected first-year sales for It’s Just Wings of $150 million, and the company has indicated that it plans to add other virtual concepts to the fold. It has also hinted that It’s Just Wings could be given a brick-and-mortar presence at some point.

Breed moved into his new role after serving as Brinker’s VP of digital innovation and advanced analytics. In that job, the Southern Methodist University grad was involved in the update and expansion of Chili’s loyalty program, My Chili’s Rewards. He also supported the development and launch of It’s Just Wings.

“With 17 years of experience with Brinker and its brands, Michael’s institutional knowledge and loyalty have been invaluable,” Wyman Roberts, Brinker’s CEO, said in a statement. As we continue to lean into technology and innovation to deliver a great guest experience, Michael’s insights, passion and vision will continue to help us grow the business and increase brand affinity.”