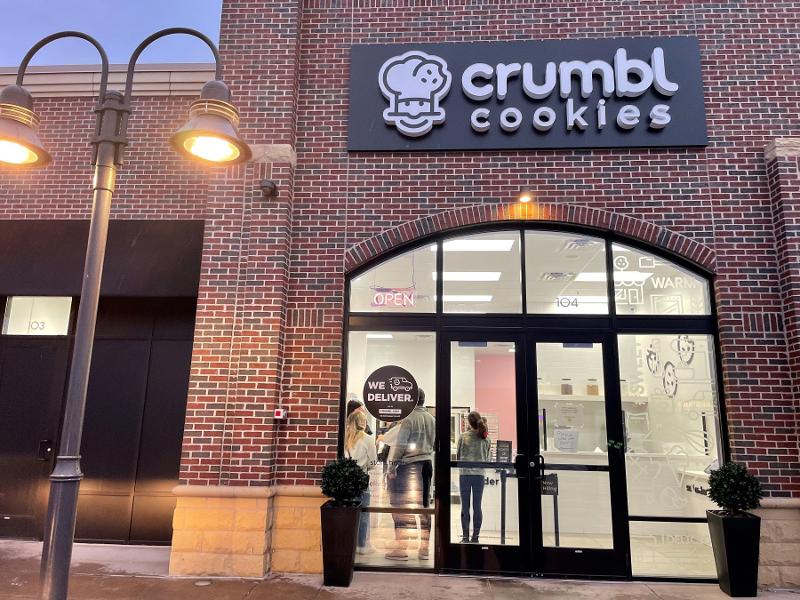 Crumbl Cookies, one of the country's fastest-growing chains, is taking its marketing to social media. / Photo by Jonathan Maze

Crumbl Cookies wants to take its marketing from new media to old media and is getting Michael Buffer to help.

It’s a twist on the signature “Let’s get ready to rumble,” which he exclaims before boxing matches and which has made him famous.

The ad, which launched on Friday, will air on ABC Saturday, Nov. 5. The ad features Buffer stepping in during disputes, such as fans of opposing teams running into one another at a stadium and people playing pickup basketball. He shouts “Let’s get ready to Crumbl!” while holding one of the chain’s signature pink boxes. “It’s the guy who says that thing,” one actor notes.

“This partnership makes a lot of sense to me, as we were able to have fun with the ‘rumble’ and ‘Crumbl’ play on words,” Buffer said in a statement.

The ad is targeted at football fans, with Crumbl hoping that its cookies can become part of game-day spreads. “The game-day spread has been missing a sweet element,” Crumbl CEO Jason McGowan said in a statement.

For Crumbl, the ad represents a notable move from social media to broadcast television. Crumbl gained more than 2 million TikTok followers last year after just six weeks on the platform and now has nearly 6 million of them. The company’s use of social media to announce its rotating menu of cookie flavors has been a key to its success, which has made it one of the country’s fastest-growing restaurant chains.

But it also comes as the chain is facing a growing number of competitors that have sought to gain a piece of the market. Crumbl has aggressively fought against competitors it views as going too far in replicating the chain’s business model—lawsuits some of those companies are using for publicity to sell franchises.

Crumbl opened its first location in 2017 and now operates nearly 600 locations. It is taking other steps to evolve its business, including hiring a former Chick-fil-A executive to oversee operations.