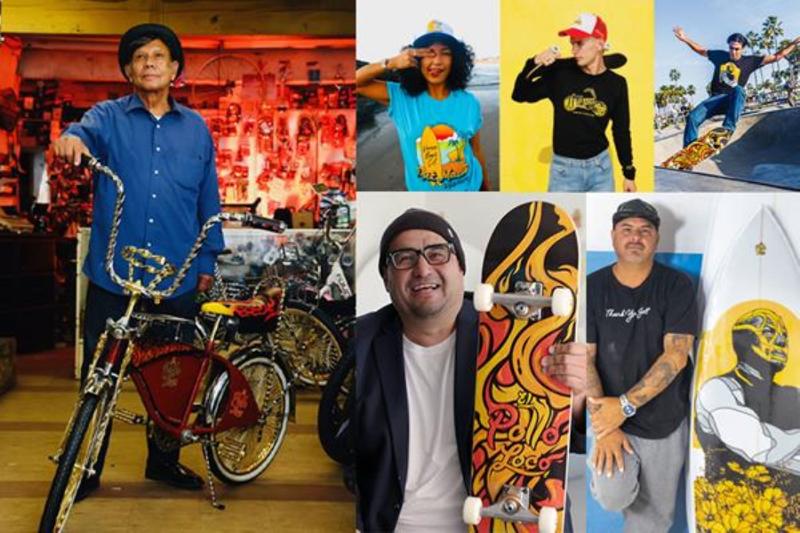 The online Loco Gifts and Gear shop is a branding opportunity for the fast-casual chain, said SVP of Marketing Andy Rebhun.

“It really is core to our brand, in general, to make an impact in the communities we serve,” Rebhun said. “This is something truly unique outside of what we’ve usually done.”

Currently, the items are only available for sale online. But Rebhun said there might be an opportunity to sell some of them inside El Pollo Loco restaurants in the future, much like Starbucks does with its merchandise line.

To create the line, El Pollo Loco reached out to Latino artists such as skateboard designer and muralist David Flores. Flores designed three skateboards, two trucker hats, two t-shirts, a pair of board shorts and a tote bag for the chain.

“We did a pretty wide search, in terms of looking for people who embodied El Pollo Loco’s spirit and Hispanic heritage,” Rebhun said.

With the creation of its store, El Pollo Loco joins a large number of chains getting into—or expanding—their merchandise lines.

Other chains have launched a flurry of holiday-timed retail products, including fry-flavored vodka from Arby’s, cherry pajamas from Sonic and, of course, the Finger Lickin’ Chicken Mitten Bucket Hugger from KFC.

This story has been updated to correct the spelling of Andy Rebhun's name.