Continue to Site >>>
Edit
Photographs courtesy of The Red Hen in Washington, D.C.

The current red-hot political climate is fueling headaches for operators in a variety of ways.

They’ve dealt with patrons heckling politicians and, in some cases, restaurant operators have brought ire upon themselves by hosting politically charged events or even kicking officials from the Trump administration out of their establishments.

But what if you’ve stayed out of the political fray and have still gotten roped into the controversy?

Such was the case for Washington, D.C., neighborhood restaurant The Red Hen, which shares the same name as a Lexington, Va., restaurant that refused service to White House Press Secretary Sarah Sanders last June. 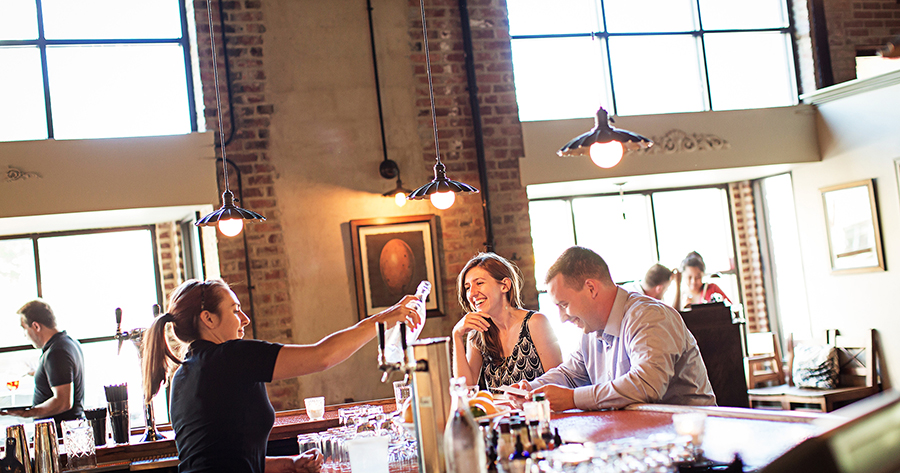 “That Saturday morning, I got a message through our Facebook page saying, ‘Hey. Are you the guys that 86’d Sanders?’” Alysa Turner, The Red Hen’s communications director, recalled. She immediately texted the restaurant’s co-owners.

“They didn’t think it was going to be a big deal,” Turner said.

Turns out, it was.

Turner would spend the next week putting out flames while discovering creative ways to negotiate this bizarre crisis public relations situation that, in the end, significantly boosted the restaurant’s social media engagement.

First thing, The Red Hen posted statements across all of its social media channels noting that it was not affiliated with the Virginia Red Hen. Turner also sent the statement to local media, while fielding some calls from national media.

And then, after talking with the restaurant’s owners, Turner shifted her strategy.

“We have to remember, we didn’t do anything,” she said. “We don’t owe anyone the super, super polite PR answer. We switched to a tone of trying to be funny about it and make fun of ourselves. That was very successful in getting the word out.”

A GIF of pop star Taylor Swift with the text “I would very much like to be excluded from this narrative” garnered more than 1,000 likes on Twitter for The Red Hen. A few days after the incident, Turner posted a GIF of the paranoid boss from TV’s “The Office” peering through window blinds.

The Red Hen Twitter account, which typically lists dinner and wine specials, started posting sassy responses, such as the definition of “unaffiliated” and, to one commenter who said he couldn’t ever see himself dining there: “Well we don’t have mirrors in the dining room so you wouldn’t be able to see yourself eating anyway.”

In the wake of the controversy, The Red Hen more than doubled its followers across all social media platforms, Turner said. Frequent diners who’d never reviewed the restaurant online posted glowing reviews to bring its ratings up.

Still, it took days for Yelp, Facebook and Google to remove the many fraudulent negative reviews of the establishment, she said.

Should operators find themselves in a similar public relations maelstrom, Turner said, it’s important to maintain a voice that’s authentic for your restaurant, focus on the concerns of your regular customers and not cave to pressure from those yelling on social media.

“We struck the right balance,” she said. “We got the message out there early. We stood up for ourselves. We were able to have some fun with it. … We’ve gone back to pasta puns and Wine Wednesday posts.”