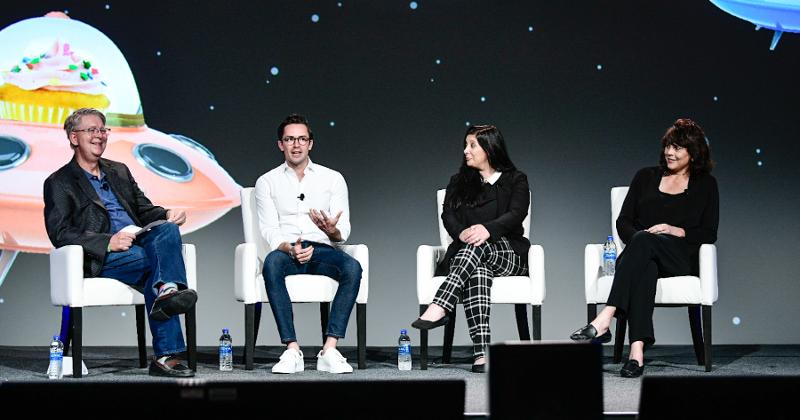 A restaurant CFO once told Deena McKinley that marketing is “the people that pick the pretty colors.”

That, of course, has never been true—and certainly not these days. The industry’s rapid adoption of technology has transformed marketing into a data-heavy job that overlaps with virtually every aspect of the business, from sales to IT to operations.

“The CMO role has migrated from commercial shoots and more of the creative planning role,” said McKinley, CMO for Papa Gino’s Pizza and D’Angelo Grilled Sandwiches. “It’s become more data-driven and more of a data role, and it’s because all of the technology is so well-targeted toward the restaurant industry because of all the consumer data we get.”

McKinely spoke during a panel at this week’s FSTEC conference, hosted by Restaurant Business parent Winsight. She was joined by two other restaurant CMOs, who echoed her assessment of how tech has changed what they do.

“I’m finding more and more of my role is moving into [tech],” said panelist Vincent Szwajkowski, CMO of Blaze Pizza. Blaze’s digital road map, for instance, is owned jointly by Szwajkowski and CTO Chris Demery. “It’s definitely different than I think I’m used to working as a marketer.”

The vast amount of customer information now available to restaurants is a big reason for that change. For Blaze, consumer data has been a driving force behind the fast casual’s upcoming rebrand.

“It isn’t just based on pure opinion,” Szwajkowski said. “There is data, and there is a lot of work that’s gone into it, and that’s getting it 80% of the way there.”

The other 20% is reserved for the traditional marketing work—the “art part” that goes on top of the science, he said.

Not only does data help shape marketing strategy, but it also provides evidence marketers can use to sell that strategy to leadership. Everyone in an organization might have an opinion on what an email or push notification should look like, said Trish Giordano, chief sales and marketing officer for Earl Enterprises. But the only thing that matters is whether those messages convert customers—and the data keeps score.

“As long as you have the data to back up those conversions, you’re not selling anymore,” she said.

Data can help restaurant operators understand the reasons for marketing decisions as well.

Technology has changed the job in more mundane ways, too. Giordano recalled the first time the staff held a virtual meeting over Microsoft Teams: It “could have been a comedy scene,” she said.

Gone are the days of walking down the hallway and grabbing the team members you need for a meeting. All of that collaboration is mediated by technology now, Szwajkowski said, and not always for the better.

“It’s become much more complicated, I think, to actually manage the day-to-day.”

But technology has also set the stage for some big marketing wins. Blaze began using a customer relationship management platform to segment its audience and send more personalized emails. That got a whopping 50% of recipients to open those emails.