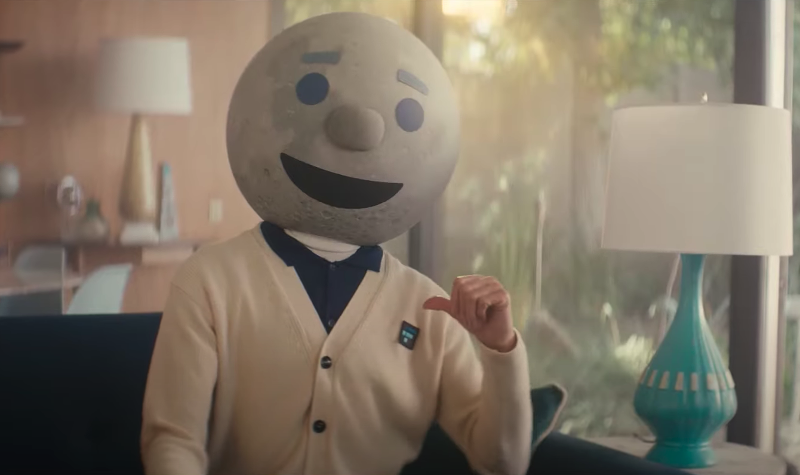 FTX's "Moon Man" character has gotten under the color of Jack in the Box./Photo: YouTube

Jack in the Box doesn’t think much of Moon Man.

The San Diego-based burger chain earlier this week filed a federal lawsuit against the cryptocurrency exchange FTX, saying that its “Moon Man” character in ads aired during the Major League Baseball playoffs were just a bit too much like the Jack Box character in the restaurant franchisor's own ads.

“Lou Nar the Moon Man” is a regular person with a large, round head—made to look like the moon—with a cartoonish face. The head has blue dot eyes, an oval nose and a cartoon mouth.

That’s similar to the Jack Box character, the current version of which was introduced in 1995. Jack has a large, round, white head with a cartoonish face including blue dot eyes, with a pointy nose and red, cartoon mouth.

Jack in the Box, however, thinks FTX’s mascot stinks.

“Making matters worse, FTX’s Moon Man is a far inferior version of Jack that is now tarnishing Jack’s reputation to consumers, and/or blurring consumers’ association of FTX’s Moon Man with Jack,” attorneys for the chain said in the lawsuit.

Moon Man has been associated with FTX’s partnership with Major League Baseball, which was announced in June. The character was seen at playoff games, apparently, and FTX offered to donate $10,000 to the charity of any player who hit a long home run, known to fans as a moon shot.

Jack in the Box is accusing FTX of having “brazenly and illegally copied or derived” Moon Man from Jack Box.

The burger chain said in its lawsuit that Moon Man has been confused with Jack Box. According to the lawsuit, a news reporter posted a piece saying that Moon Man had a ‘Jack in the Box head.”

One Twitter user called Moon Man “Jack in the Box’s drugged-up cousin.” Another told FTX that its mascot “looks like Jack in the Box with skin cancer.”

A representative for FTX has not responded to a request for comment.

Jack Box has been a mascot for Jack in the Box for 70 years, having originally started as a clown-like spherical head atop the chain’s drive-thru boxes. He was later introduced as a clownish man with a spherical, white head, green hair, white shirt and rainbow collar.

His current iteration, with the spherical white head and pointy hat atop a normal human male body, is that of a “humorous, no-nonsense businessman” who is often wearing suits. The mascot has appeared in more than 300 television and radio commercials.