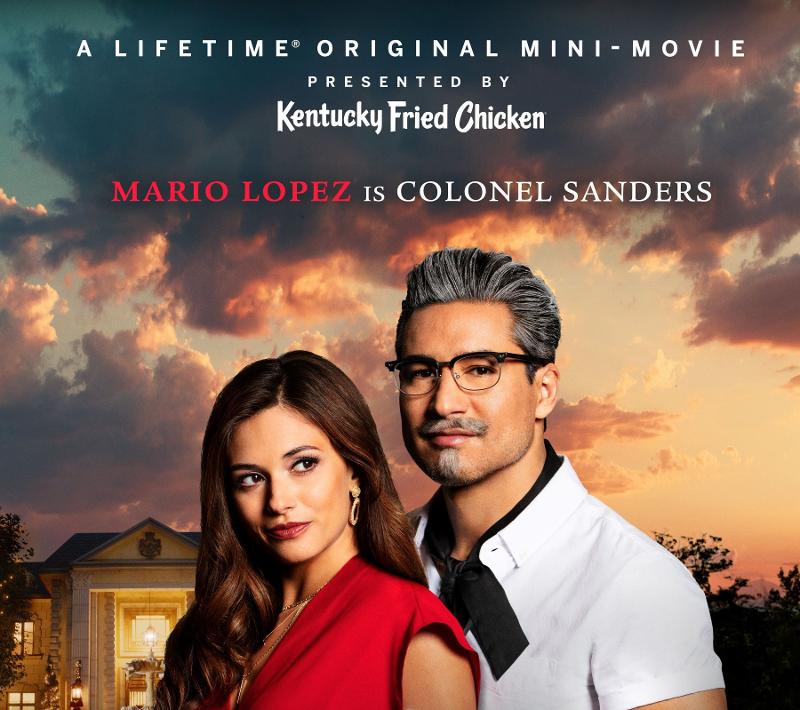 The latest Colonel Sanders is Mario Lopez and he’s taking the role to Lifetime.

The veteran actor known best for his role in the Saved by the Bell series is starring as KFC’s noted founder in “A Recipe for Seduction,” a Lifetime holiday “mini-movie” set to be broadcast at noon ET on Sunday.

The 15-minute movie “is full of mystery, suspense, deception, ‘fowl’ play and—at the heart of it all—love and fried chicken,” the Louisville, Ky.-based KFC said in a release promoting the movie.

Sanders is no stranger to the romance circuit—KFC has published a Colonel Sanders romance novel, after all. “We’re no stranger to heating things up for the holidays,” Andrea Zahumensky, KFC’s U.S. CMO, said in a statement. “But let’s face it, we could all use a little distraction this holiday season, so why not fill some of your time at home with a suspenseful drama and the comfort of our world-famous fried chicken?”

The mini-movie pairs the chain with Lopez, who stars in Lifetime’s movie “Feliz NaviDAD.”

“A Recipe for Seduction” follows a young heiress set to marry a suitor handpicked by her mother. Said suitor must then compete for the heiress’s affections after she meets “a handsome, young chef with a secret fried chicken recipe and a dream.”

Lifetime is well-known for its lengthy slate of holiday-focused romance movies known as “It’s a Wonderful Lifetime.” “A Recipe for Seduction” will be available throughout the holiday season on the channel’s’ website, its apps and video-on-demand platforms.