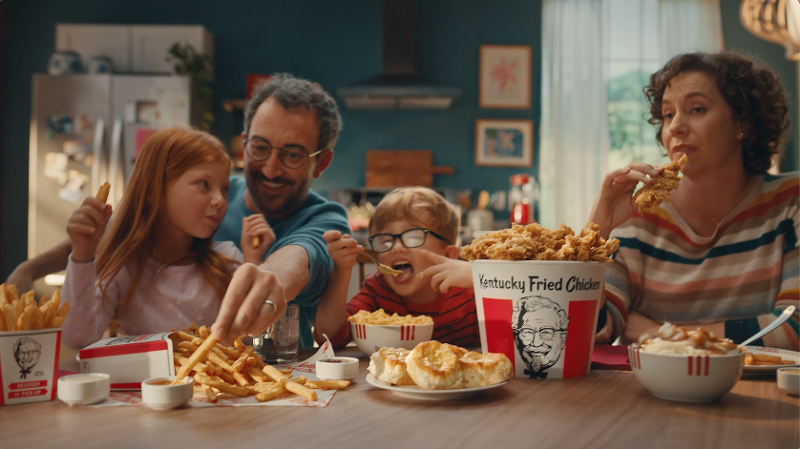 KFC hopes to bring in more younger consumers with its new ad campaign.

The Louisville, Ky.-based chicken chain on Monday debuted its new campaign, “Finger Lickin’ Good.” The series of ads are the first from its new creative lead agency, MullenLowe. KFC announced the Boston-based firm as its new agency in February.

The ad below shows people around a table, eating various KFC products and thinking to themselves how they like eating their sandwiches, tenders or other products. The voice of Colonel Sanders then says after each one, “That’s finger lickin’ good!”