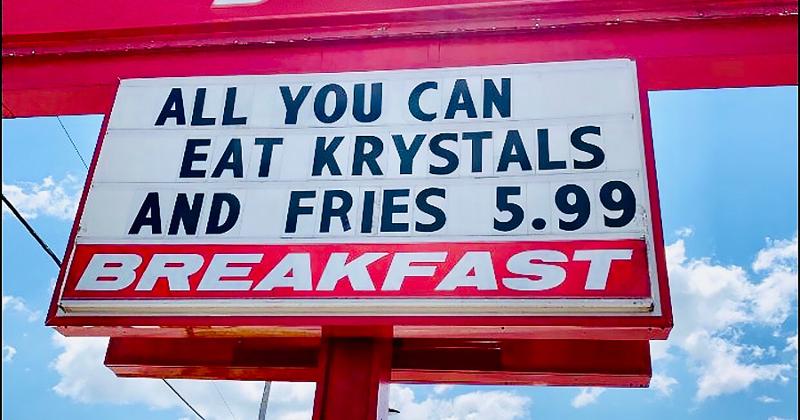 It’s a common value-boosting tactic at buffets and full-service restaurants. But now a quick-service chain is getting into the all-you-can-eat business.

Atlanta-based The Krystal Co. on Tuesday announced it’s offering unlimited original burgers and fries for $5.99 for a limited time. The company, which was founded in 1932 and now operates more than 340 restaurants in 10 Southern states, said it has not set an end date for the promotion.

“Krystal was born during the Great Depression, when people needed a fresh and filling meal at a price they could afford,” said Paul Macaluso, Krystal’s president and CEO, in a statement.

The chain, which is known for its small square hamburgers, has been working in recent months to reverse slumping sales. After learning of an updated cooking technique from a franchisee, the company retrained all of its cooks to steam the burgers longer for improved flavor and temperature, CMO Dominic Losacco told Restaurant Business.

Krystal saw year-over-year sales decline 4.3% in 2018, according to Technomic.

It first tested its all-you-can-eat offer in Montgomery, Ala. Krystal fine-tuned the promotion to include fries and make the offer available every day of the week.

"It's super competitive out there right now," Losacco said. "The thinking behind the promotion was, How can we break through all of the different price-pointed offers that are going on in the marketplace? How can we leverage what we feel is unique about our brand?"

Customers have been sharing pictures of their empty burger cartons on social media, he said. One patron consumed 27 Krystal burgers, he added.