Mark Mears, a former CMO of The Cheesecake Factory and Noodles & Co., has been hired to head marketing on a short-term basis for the Saladworks tossed-to-order salad chain.

Mears’ title is interim CMO. Saladworks did not say why the industry veteran was hired on a contingency basis rather than as a full-fledged marketing chief.

For the past three years, the 30-year industry veteran has led a consulting company called LEAF Growth Ventures, which he is still apparently serving as chief growth officer. The acronym stands for Leadership, Engagement, Accountability and Fulfillment.

Saladworks said Mears’ mission is to increase the frequency of guest visits in the 100-unit chain’s established markets while building awareness in potential areas of expansion. The brand recently hired Kelly Roddy, formerly president of Schlotzsky’s, to lead an ambitious expansion drive as CEO. The growth is expected to come from franchising. 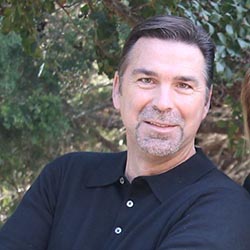 Mears is also an alumnus of Schlotzsky’s, working as its CMO middecade.

“Over the next year as we enter our next phase of growth to double our locations to reach the 200 mark, Mark will play an integral role, leading our marketing and culinary strategy that will grow our loyal fanbase and increase awareness of our industry-leading franchise opportunity,” Roddy said in a statement.

Mears has deep experience with restaurant chains. In addition to his marketing roles, he has been president and chief concept officer of Mimi’s Cafe.