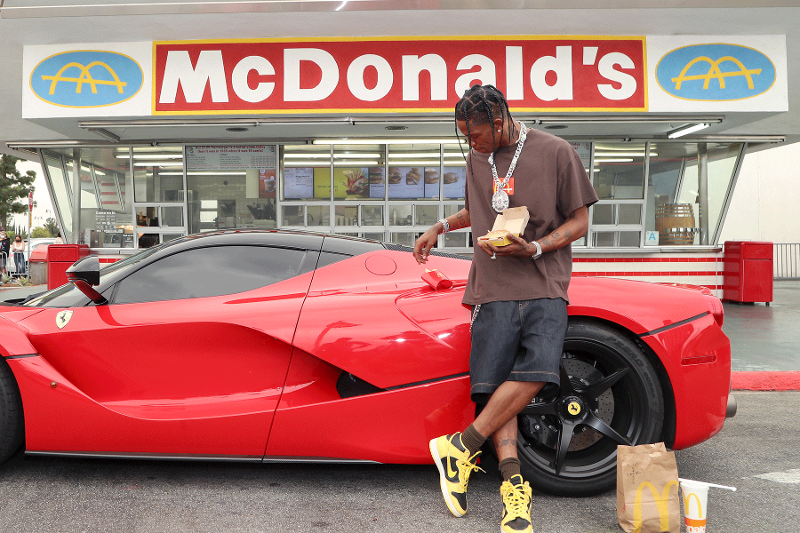 The quick-service restaurant business has largely recovered from the pandemic and heads into a future in which its service methods are in the heaviest demand. That sets the stage for an intensifying competition between the restaurant industry’s biggest companies.

McDonald’s, the sector’s 500-pound gorilla, is determined to keep its massive share. The Chicago-based burger giant this week vowed to raise its marketing game, pushing a broad-based strategy of digital and traditional advertising in a bid to win over customers.

“We intend to maximize our marketing,” CEO Chris Kempczinski told analysts on Monday. “I’m talking about improving both the quality and efficiency of our marketing so that is a true growth lever.”

As the world’s largest restaurant chain, McDonald’s also enjoys its biggest marketing war chest along with its best-known brand.

But the company has ceded some ground in recent years to smaller rivals that used social media marketing more efficiently. Wendy’s in particular has used its irreverent social media voice to build awareness of new offerings, such as Spicy Chicken Nuggets last year and its new breakfast offering this year. Next year that voice could pave the way for the opening of new restaurants in the U.K.

Executives suggested that McDonald’s lost some of its marketing edge in recent years. “Over the past decade, there were times we lost sight of the emotional connection” with customers, Morgan Flatley, chief marketing officer for McDonald’s USA, said on Monday.

McDonald’s has worked to change that for much of the past year—social media now plays a far more prominent role in the company’s marketing campaigns. "We’ve shifted our marketing strategy to lead with social, using it to kick off programs and prime the pump rather than as an afterthought,” Flatley said.

The company’s “Famous Orders” marketing platform is a good example of when the company’s social-led strategy comes together. McDonald’s “hit multiple records” across its social media platforms when it introduced the Travis Scott meal back in September. It reached 29 billion views across its channels and led customers to download the company’s mobile app.

“Our crew was energized, proud to be a part of something all their friends were talking about, wearing their Cactus Jack t-shirts,” Flatley said, referring to the shirts referencing Scott’s nickname.

The Travis Scott promotion, followed by the J Balvin promotion in October, helped generate sales. McDonald’s said its same-store sales hit the double digits in September and have been growing across all dayparts.

The moves proved that the traditionally risk-averse company can adapt in a world driven by social engagement.

Company executives believe they can use their marketing dollars more effectively to get more impact and generate growth. “We can get more effective with our marketing,” said Alistair Macrow, global chief marketing officer. “The better we channel the spend, the more that we invest in brand, the more that we engage with people in our social media, the more return we will see on our investment. And that encourages us to grow our business through our marketing at a greater rate than we have in the past.”

“We need to deliver advertising that animates our values, highlights McDonald’s commitment to communities and shows the world we mean it when we say what matters here,” Macrow said.

That also pushes McDonald’s more into activism, something the chain has been more aggressive about in recent years, including its early vow to shift to cage-free eggs and more recently its work on reusable cups and more sustainable forms of agriculture.

Executives believe they need to take a stand on issues because that’s what consumers are coming to expect from them.

“People expect more from corporations today,” Kempczinski told investors as he and other executives of the company presented their new growth strategy, which was dubbed “Accelerating the Arches.” “The line between the corporate brand and the consumer-facing brand is blurring.”

“We’re taking a stand, because if we don’t, it will impact the way consumers view McDonald’s,” he added. “Companies have the financial capital, the intellectual capital and the social capital to take on some of these challenges.”

With the end of the pandemic in sight, investors eye casual dining

Shake Shack borrows $225M to fund drive-thrus and other expansion