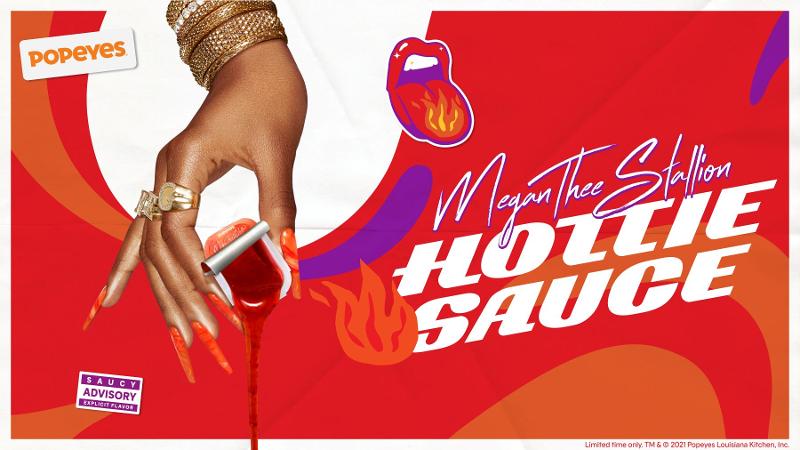 Megan Thee Stallion, the Grammy-winning rapper, has a deal with the Miami-based chicken chain that involves merchandise, a new hot sauce, charitable donations and a franchise development deal that makes her one of the chain’s operators.

The company said that it has approved Megan Thee Stallion to become a restaurant owner in the chain.

The first part of the deal includes the introduction of a new sauce for Popeyes’ chicken sandwich. Megan Thee Stallion Hottie Sauce will make its debut on Oct. 19 and represents the first expansion of the chain’s sandwich, which first made its debut in 2019.

The two will sell merchandise beginning Oct. 19 at TheeHottieSauce.com. And the two will also make a “six-figure donation” to Houston Random Acts of Kindness, a Houston charity designed to promote empathy and compassion in the Houston community.

The deal is the latest example of a restaurant chain forging a closer relationship with its sponsor than has taken place in the past. The pizza chain Papa John’s, for instance, has a deal with the retired basketball star Shaquille O’Neal that also includes a store ownership arrangement as well as a spot on its board of directors and a marketing role.

McDonald’s, meanwhile, has inked deals with musicians like Travis Scott and BTS that have included advertising, menu items and merchandise.

“Teaming up with Popeyes is such a milestone in my journey and evolution as an entrepreneur,” Megan Thee Stallion, whose full name is Megan Pete, said in a statement.

The Hottie Sauce is designed to be sweet with “a hint of spice.” It is made with honey, cider vinegar and Aleppo pepper. It will be offered on the chicken sandwich and as a new dipping sauce with the chain’s Nuggets.

Members of the Popeyes Rewards loyalty program who enroll before Oct. 18 will receive early access to the products.  There is also a tease of a video short-form film featuring Megan’s alter ego “Tina Snow.”

Sami Siddiqui, president of Popeyes Americas, called the deal a “one-of-a-kind partnership that goes well beyond the average marketing collaboration.”

“We are thrilled to welcome Megan to the Popeyes franchisee family and look forward to working closely with her over many years as she begins her journey as a restaurateur,” he said.