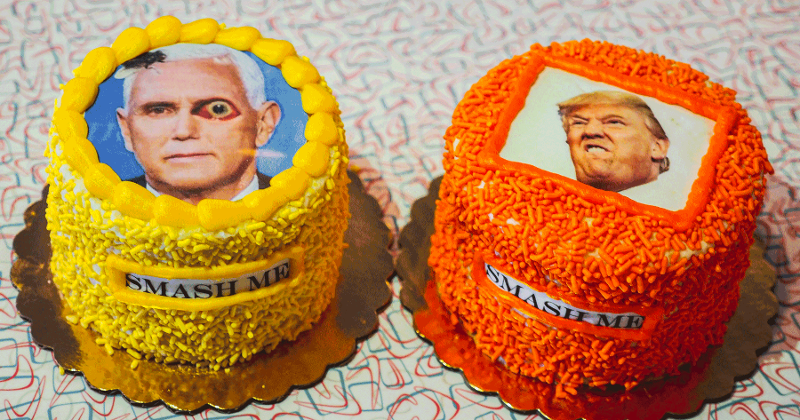 Multi-concept operator Scott Weiner says one of the first rules of Restaurant 101 is never talk politics.

But Weiner, co-founder of Chicago’s Fifty/50 Restaurant Group, acknowledges he is violating that commandment this month.

His West Town Bakery & Diner announced this week it would be selling “Go Vote Smash Cakes” featuring less-than-flattering images of President Donald Trump and Vice President Mike Pence, with a “generous portion” of proceeds from each cake going to benefit an ACLU of Illinois voter initiative.

Plus, Weiner’s restaurant group is closing all its locations for a couple of hours during the afternoon of Nov. 3, so employees have time to vote.

“I think my employees appreciate that they have an idea of where we stand,” Weiner said. “I’ve voted for both parties over the years, and I can tell you that, during the debates, I wish I had something to smash … To me, this election is more important than it’s ever been.” 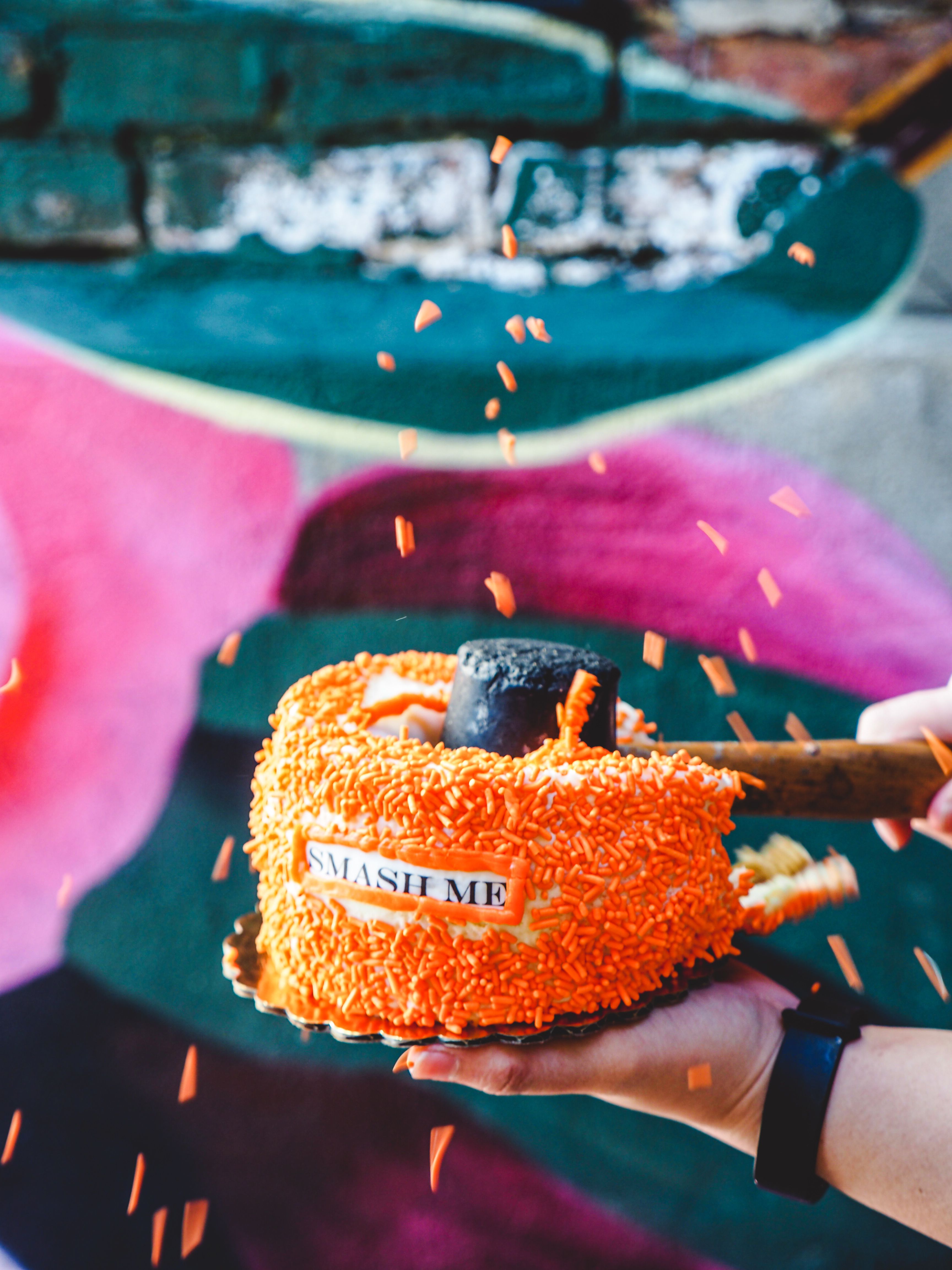 This is a rare time in which Weiner’s business has taken a political stand. Early on in the pandemic, the group’s Roots Pizza concept sold cookies featuring infectious disease expert Dr. Anthony Fauci next to Trump with the words, “I’m with stupid.”

“We sent out an email blast to 100,000 people on our list and I got two or three people who were like, ‘Screw you; I’m never ordering from you again,’” Weiner said.

There’s little debate that November’s presidential election is as contentious as any in modern history. And restaurant operators large and small are taking note, even though many are still adhering to that Restaurant 101 adage and are opting to remain neutral. Nevertheless, they’re offering employees paid time off to vote, selling voting-related merchandise and are hosting get-out-the-vote drives in their stores.

This year, Chipotle Mexican Grill launched its “first comprehensive get-out-the-vote program that includes internal and external components,” according to a spokesperson for the fast-casual chain.

In 2016, Chipotle hosted an episode on its weekly Snapchat series about the presidential election. In 2018, the chain changed its Twitter handle to “Chi-Vote-Lay” during the mid-term elections.

“At Chipotle, we know voting is one of our most powerful expressions of freedom,” the spokesperson said via email. “Unfortunately, voter participation in our country is low, and we want to use our platform and massive community of Rewards members to promote real voter action during this critical election year.”

Chipotle is seeing strong consumer response to its efforts.

The chain launched a line of Chi-Vote-Le T-shirts, which sold out within two hours of launching on the Chipotle Goods Site. More than 1,100 people registered to vote on Chipotle’s TurboVote site within a day of the T-shirt rollout, the company said.

Chipotle is paying for up to two hours of voting time for its employees who are scheduled to work on Election Day.

For its part, the brand said it is staying out of politics so as not to tune out any of its customers.

“Our CHI-VOTE-LE platform is simply about encouraging our fans to register to vote and participate in the election,” the company said. “This bipartisan approach ensures we are connecting with fans across different political parties.”

The business case for a restaurant’s political involvement is still a bit murky.

About 30% of young consumers, aged 18 to 34, and 46% of those over 35 said they don’t want to see restaurants get involved in the country’s recent protests over racial equality, according to Q3 data from Restaurant Business sister company, data firm Technomic.

Fifteen percent of younger consumers and just 7% of older ones said they would like to see restaurants offer paid-time off for employees wanting to demonstrate activism in response to the civil unrest, Technomic found.

Wings Over, a 36-unit chain based in New York City, created PTO policy to allow for voting as well as community activism, allowing employees to get up to four hours a year to vote, protest or do “something they believe in,” CEO Dan Leyva said.

In Atlanta, Matt Weyandt, co-founder of Xocolatl Small Batch Chocolate, launched the Staff the Polls Initiative to urge restaurants and other food industry leaders to offer paid time off to employees to vote or staff the polls.

“The group we’re working with is friends of ours, other small businesses, restaurants and bakeries. We’re all part of this local food community,” said Weyandt, who served as campaign manager for the late Rep. John Lewis in 2012. “The local food communities are really tied to the rest of the community, through farmers’ markets, through our customers, through staff. We’re directly impacted by things that happen around us.”