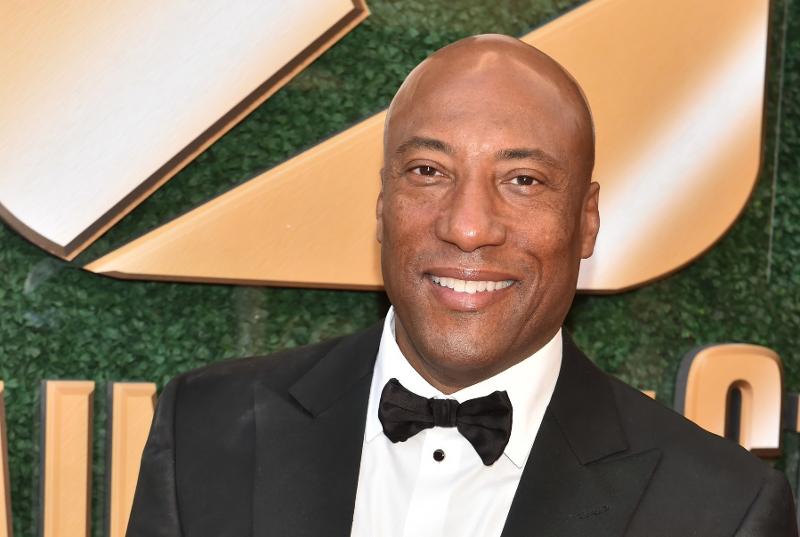 Byron Allen, who rose from a comedian to become the founder of a global media company whose holdings include The Weather Channel, on Thursday filed a lawsuit against McDonald’s, claiming the chain discriminated against his company by pigeonholing it as one targeted only at a Black audience.

The lawsuit, filed in Los Angeles Superior Court, claims that the company uses a tiered approach and that companies that target Black audiences are paid at lower rates than the “general” tier that targets a primarily White audience. It argues that McDonald’s spends only a fraction of its ad budget on Black-owned media companies.

The lawsuit also argues that the Chicago-based burger giant viewed Entertainment Studios as a company targeting only the Black audience even after it purchased The Weather Channel in 2018—and that its programs target broader audiences overall.

“Together with our franchisees, we have doubled down on our relationships with diverse-owned partners,” the company said in a statement. “This includes increasing our spend with diverse-owned media from 4% to 10% with Black-owned media from 2% to 5% of total national advertising over the next four years. Once we receive the complaint, we will review and respond accordingly.”

It's only the latest in a series of discrimination lawsuits against the company that has featured employees, executives, current and former executives and now media companies. It comes as the chain has been setting diversity, equity and inclusion goals—including tying executive pay toward the hiring of more diverse managers and executives.

Allen in 1979 became the youngest comedian to appear on "The Tonight Show Starring Johnny Carson" and was later the co-host of the NBC reality show "Real People." He founded Entertainment Studios in 1993.

The company produced television shows for broadcast syndication and later launched lifestyle networks such as Comedy.TV. According to the lawsuit, the networks “do not specifically target any racial demographic” and are not African American networks such as Black Entertainment Television. In 2018 the company purchased Weather Group, owner of The Weather Channel.

McDonald’s spends $1.6 billion a year advertising on television in the U.S. According to the lawsuit, the company spent less than $5 million on African American-owned media companies.

The lawsuit says the company has a “tiered” structure for ad spending that “explicitly differentiates on the basis of race.” It has a “general market” tier that works with a general market ad agency to allocate the budget.

The lawsuit also argues that McDonald’s can demand free advertising if the Black media companies do not hit contract guarantees.

Allen argues that Entertainment Studios was “shut out of the general market tier and forced to bid for advertising in the less favorable African American tier.” The lawsuit says, “McDonald’s stereotyped the entire company as an African American media company.”

“This is about economic inclusion of African American-owned businesses in the U.S. economy,” Allen said in a statement. “McDonald’s takes billions from African American consumers and gives almost nothing back. The biggest trade deficit in America is the trade deficit between White corporate America and Black America, and McDonald’s is guilty of perpetuating this disparity. The economic exclusion must stop immediately.”