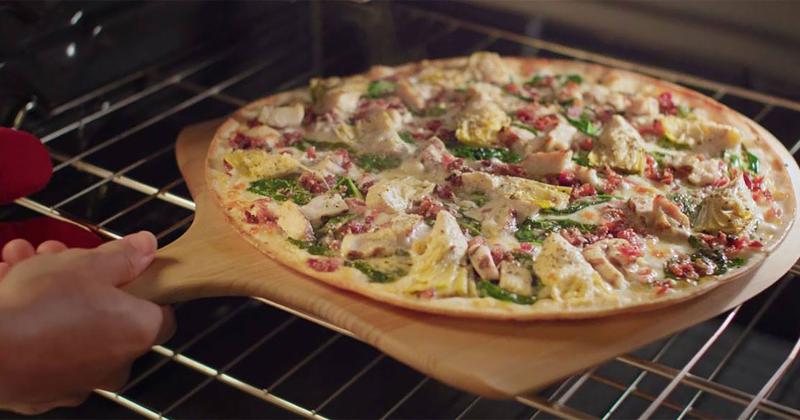 Papa Murphy’s is hoping to accelerate its turnaround by underscoring the advantages to consumers of having an uncooked pizza delivered to their door.

New messaging will remind customers they don’t have to sacrifice quality for the convenience of having a pie transported to their homes. “Because our customers get to bake our great pizza at home, in a quick 12 to 15 minutes, the quality of our pizza doesn't rapidly degrade as it sweats in a warming bag for 30 minutes to an hour,” CEO Weldon Spangler said during a conference call with financial analysts.

Papa Murphy's assembles pizzas to customers' specifications, but the pies are cooked in customers' homes. It does not offer dine-in service.

Spangler suggested that consumers can still feel like they’re cooking a meal when they have a pie delivered or take one home from a unit. Although the pizza is ready to go, it still has to be baked. “At its core, Papa Murphy's uniquely provides consumers with an easy way to have a high-quality home-cooked meal, done their way and in their time,” he explained.

Research revealed the message isn’t crystalizing for consumers, Spangler continued. “In order to be more relevant to younger customers, we realized the need to adjust our messaging and change the way we communicate with them,” he said.

The chain intends to shift more of its communications with consumers to social media. The marketing budget for that channel was recently expanded to 14% of the chain’s total marketing spend, Spangler revealed.

Among the information delivered via that route will be a series of shortcuts for the home cook, a reminder they still play a role in the meal’s preparation. “[We] expect to produce and share even more pizza hacks our customers can use to make our great product uniquely their own,” he said.

Spangler cited the example of the Pizza Pinwheel, an appetizer that patrons can make by rolling up an uncooked Papa Murphy’s pizza, slicing the scrolled-up pie crosswise, and then baking the rollups on a cookie sheet for 12 to 15 minutes. “This is so easy, I’ve done it myself,” he said.

The chain has been losing transactions because convenience is trumping quality and the satisfaction of baking a pie yourself, Spangler acknowledged. For the fourth quarter of 2017, the chain reported a 2.6% decline in same-store sales.

Papa Murphy’s is racing to recapture the lost business by adding delivery. The service is already available in 330 of the chain’s 1,523 units. It intends to expand that tally through partnerships with seven third-party deliverers, including such regional players as GrubSouth, BiteSquad and CitySpree.

“We expect to have delivery in approximately half of our stores by year end,” Spangler said.

“It's still early days, so it's not a substantial mix,” he continued. “We expect it to continue to grow, obviously, as we start to put some marketing” behind it.