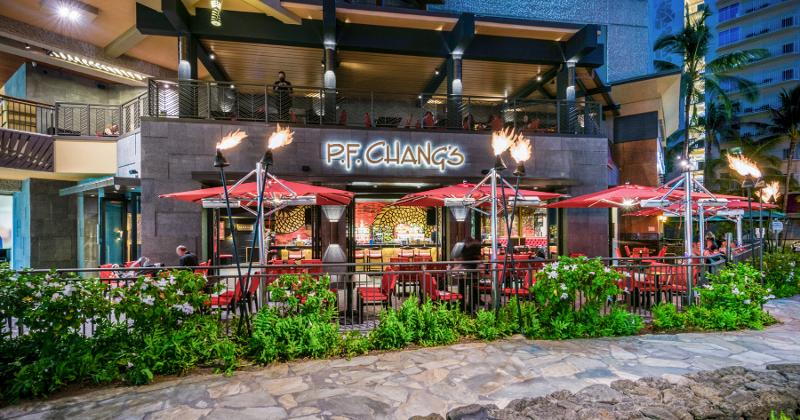 P.F. Chang’s is launching a paid subscription program that offers members special perks in exchange for a $6.99 monthly fee.

Platinum Rewards members will get more points per dollar spent than regular loyalty members as well as unlimited free delivery, waitlist priority and other forms of VIP treatment.

It appears to be the first program of its kind among casual-dining chains. But it’s a strategy that has proven successful at other restaurants and in other industries intent on luring repeat customers.

“We had the thought, could we do something similar here, where you offer something to the most engaged guests that we have and create a value proposition that’s really enticing,” said P.F. Chang’s CEO Damola Adamolekun in an interview.

He and his team began working on the project at the end of 2020, believing a subscription could help the 300-unit chain re-engage guests coming out of the pandemic.

P.F. Chang’s surveyed customers about what they would want from a paid membership and found that they were most interested in earning points faster. Members of its existing loyalty program get 10 points for every $1 they spend; 2,000 points gets them a $15 food credit. Platinum members get 15 points per $1.

That’s on top of unlimited free delivery when members order through P.F. Chang’s website or app. Members also get bumped up the waitlist when they dine in and will have access to a “VIP concierge” who can respond to questions or comments over the phone or email.

In general, Platinum members can expect more personalized service when they visit a restaurant, Adamolekun said. The program is integrated with Chang’s host stand and reservation system, so staff can greet members accordingly and seat them at their favorite table, for instance.

The chain’s canvass of customers found that many were willing to pay more than $6.99 for those benefits. But the chain settled on the lower price point to drive adoption, Adamolekun said.

“If you sign up for this, it suddenly becomes a much better deal than anywhere else you can possibly go,” he said.

The chain’s existing loyalty program, now called P.F. Chang’s Gold Rewards, has 5 million members. Adamolekun expects most of the Platinum subscribers to come from that group, but he said the deal should also draw in new users.

The program comes as consumers, particularly those in lower income brackets, are tightening their spending due to inflation. That has led to declining traffic at restaurants, many of which have begun to promote value offers to get people to visit.

“We’re not immune to that, certainly,” Adamolekun said. “And yeah, I think this helps, because it creates value for your dollars.”

In terms of measuring the success of the program, he said P.F. Chang’s does not have a specific goal or metric in mind.

“This has never been done before, so we don’t have a set target,” he said. “Getting to this point was a tremendous lift, and having it is a tremendous win.”