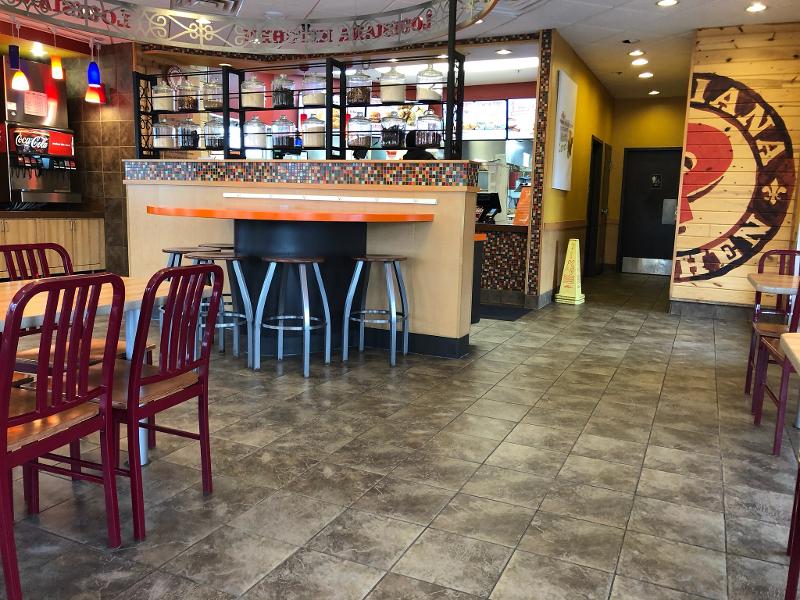 Only one table was occupied in the Popeyes Louisiana Kitchen location in suburban Minneapolis on late Sunday morning, and only one person was standing next to the counter when a family of four walked in and ordered lunch.

The family received their chicken sandwiches from a pleasant employee within a few minutes.

That quick, uneventful visit contrasted with others that played out around the country Sunday, when Popeyes locations once again found themselves with long lines of customers eager to try the chicken sandwich.

More than 100 people were in line at a Popeyes in Olathe, Kan., on Sunday morning, many of them ordering six to eight chicken sandwiches at a time.

@jonathanmaze This Popeyes chicken sandwich fiasco is a hot mess. In Olathe, KS there were 100+ people in line pre-open. The employees are just getting crushed. 6-8 sandwiches on every order. 30 minute waits. And they JUST opened. It’s going to be a looooong day for Popeyes. 😳 pic.twitter.com/jNRxRiRFG5

Bobby Shaw, a leadership consultant, said it ultimately took him an hour to get his sandwich that day.

There were other reports of long lines at Popeyes across the country, with cars backed up often well into the street. One customer even pushed his broken-down car to the restaurant.

The issues continued well into Monday. In Maryland, a man was killed outside a Popeyes following an argument that began when someone cut in line.

While the waits frequently frustrated customers eager to try the sandwich, the result nevertheless has to be encouraging for Popeyes, which is hoping to recapture some of the attention and success it garnered in late August and early September.

One week after introducing the sandwich, Popeyes sent a mocking tweet poking fun at rival Chick-fil-A. The result created a media storm unprecedented in the restaurant space.

The attention only intensified as stores began running out of product. The company said last week that it had generated “millions of dollars’ worth” of media impressions during the two-week stretch.

“Demand was so overwhelming that the supply we secured to support an aggressive sales forecast over several months ran out in approximately 14 days,” Jose Cil, CEO of Popeyes parent company Restaurant Brands International, said on the company’s third quarter earnings call.

The company waited nearly two months to get enough supplies to return the sandwich to the market. In the meantime, operators prepared themselves for another onslaught, with many hiring more employees and increasing training.

Still, some worried that the time with no chicken sandwich would take the energy away from the restaurants and hurt its reintroduction.

Early indications from Sunday show that wasn’t as much of a concern. Indeed: Some kids’ Halloween costume ideas should have been enough of an indication of continued interest in the sandwich.

Twitter mentions of “chicken sandwich” skyrocketed in the past few days—there were nearly 130,000 mentions on Sunday, according to financial services site Sentieo. To be sure, that was one-third of the levels reached during the peak chicken sandwich period.

By noon on Sunday, customers had begun filing into the suburban Minneapolis Popeyes, and the pace was still brisk an hour later—though not nearly to the level that it was six weeks ago, when that same location had well over a dozen cars in the drive-thru lane and an inside filled with customers frustrated by the slow service.

Other Popeyes locations in the Minneapolis area had longer lines. That included one in St. Paul, which had a line of cars out to the street at 8 p.m.