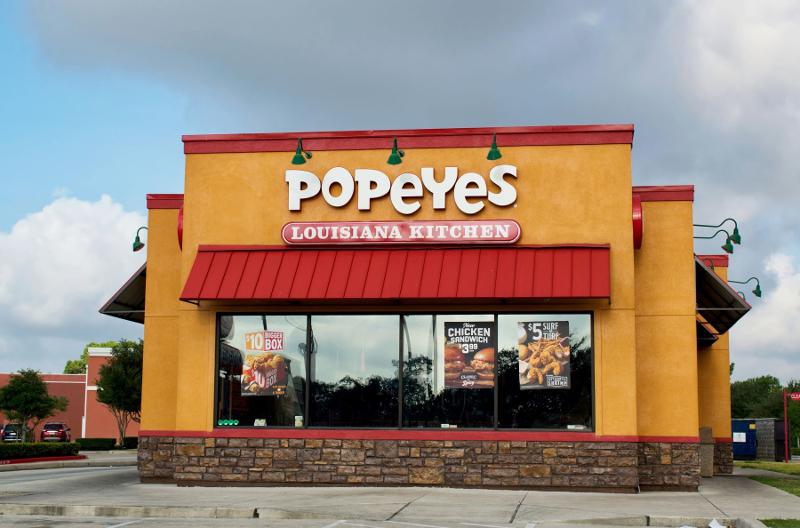 Count Popeyes as being on the side of retail investors in GameStop and AMC.

The chicken chain is perhaps the first big restaurant company to tie marketing into a debate that has roiled Wall Street over the past 10 days—the company will give away a three-piece chicken tenders to customers who make orders of $5 or more and use the promo codes $GME $AMC $NOK OR $BB.

Those happen to be the Wall Street ticker symbols of GameStop, AMC theaters, Nokia Corp., and Blackberry. 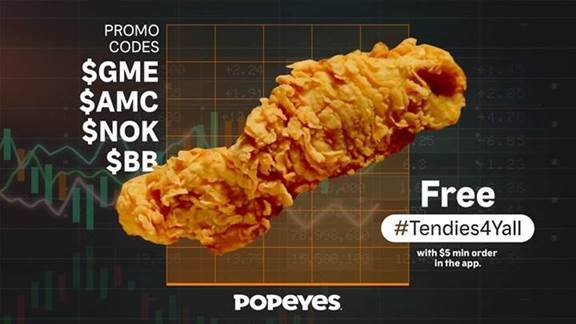 All of those companies have seen their stocks surge, then fall, then surge, and perhaps fall again, in the last several days. The volatility was the outgrowth of a revolt by retail investors on a Reddit forum pushing back against hedge funds that bet against stocks—or “short sell” stocks.

That debate has captured considerable attention on Wall Street and beyond—all the way to the White House—given the potential implications of a social media-driven frenzy into certain stocks. The debate has grown into a debate over the stock market, and the perception that stock trading is only for a relatively small number of wealthy people and institutions.

At the same time, the retail trading has pushed stocks to otherworldly heights when their individual performances might not have deserved it. That has intensified the risk for owners of those stocks—be they individual investors or hedge funds—as performance ultimately leads to a freefall in their values.

Popeyes—which is owned by the publicly traded Toronto-based company Restaurant Brands International, which itself was formed by a Brazilian private equity firm with the help of Warren Buffett—said it is “taking the side of the people, and hopes that by supporting the online community, it will inspire others to take a stand.”

In a 15-second video, the company notes that “tendies,” or chicken tenders, “aren’t for the elite few. They’re for everyone.”