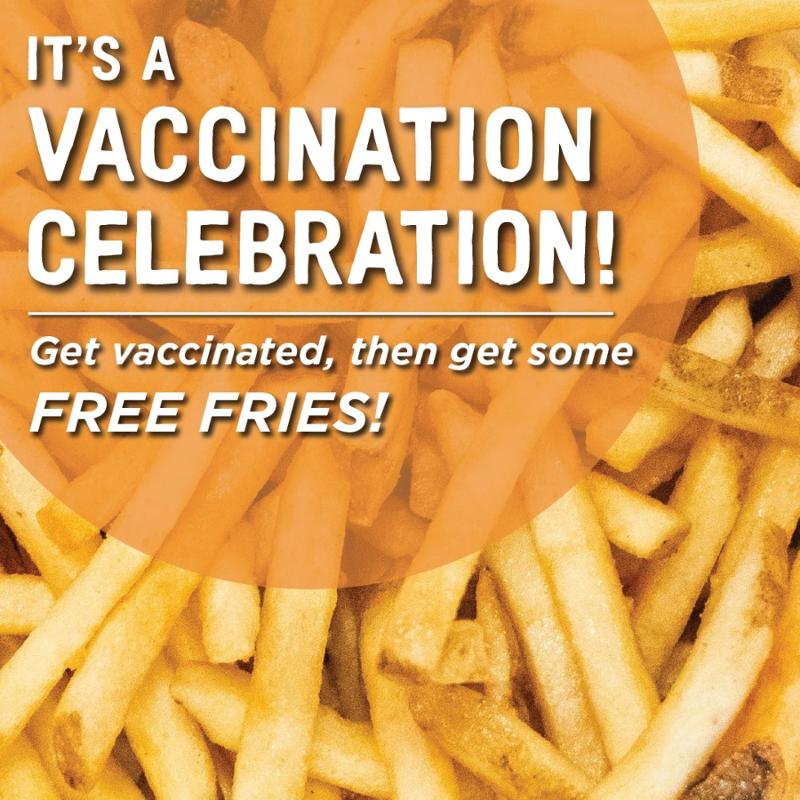 Krispy Kreme nabbed headlines earlier this week for promising a free glazed doughnut every day for the rest of the year to anyone who presents a COVID vaccination card.

But the doughnut purveyor isn’t the only restaurant or bar getting on the vaccine-incentive bandwagon. Around the country, operators are finding creative ways to boost business while rewarding customers for getting their shots.

In New York, Nathan’s Famous is handing out free hot dogs at its Coney Island location to anyone on the same day they get vaccinated, through the end of April.

Bay Area concept Super Duper Burgers is giving away free fries to vaccinated diners, as well as people who volunteer at vaccine distribution centers. Rather than having customers show their vaccine cards, the chain is asking people to show a photo of themselves from social media at a vaccine location to take part in the deal.

Uno Dos Tacos, which is owned by the same parent as Super Duper Burgers, is offering free chips and salsa under a similar program.

Cleveland’s Market Garden Brewery is running a “Beer and the Shot” promo, offering a 10-cent beer to the first 2,021 people who bring in their vaccine cards.

That promotion is similar to one announced in January by Chicago’s Village Tap that offered $10 gift cards, up to $10,000 worth, to customers who present proof of vaccination.

Kansas City burger concept Westport Flea Market is offering a buy one, get one free deal on its 5.5-ounce burgers for those who show a vaccine card. The deal runs from Thursday through the end of the year and is only valid for dine-in customers.

Detroit upscale seafood restaurant Oak & Reel can get the $85 tasting menu for 50% off, with proof of vaccination.

And at the Palisades Hotel in Rome, N.Y., vaccinated diners get VIP treatment. On Thursdays, the hotel dining room is only open to those who’ve been inoculated. The “COVID Shot Night” promo features food and drink specials.

An Up-Down spokesman said he came up with the idea while he was in the waiting room before his first inoculation.

“After all the excitement and anticipation to get the vaccine, the actual experience seemed almost anti-climactic,” David Hayden told local media. “You want to celebrate it, and we want to give people a chance to do that.”