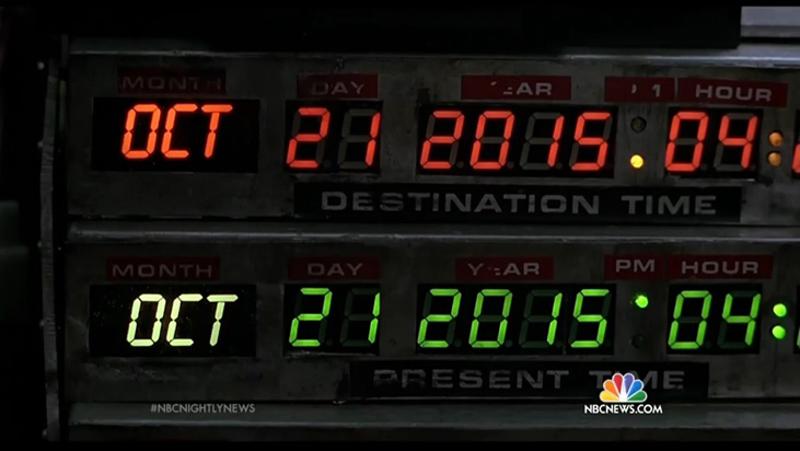 Time to break out the hoverboards.

Last week saw the long-awaited arrival of Oct. 21, 2015, the date visited by Marty McFly in the 1989 film “Back to the Future Part II.” Capitalizing on the excitement surrounding Back To The Future Day, a number of restaurants took to Twitter to generate a little extra buzz for their brands.

In doing so, some depicted their ideal “future”:

While others mined recent menu developments:

The future is changing right before our very eyes. #BackToTheFuturepic.twitter.com/4R4aCkm1mV

Silly Marty McFly, why travel to October 21, 2015 when Waffle Fries were created in 1985? #BackToTheFuture

The only power source capable of generating 1.21 gigawatts is unlimited breadsticks. #BackToTheFuturepic.twitter.com/XCcRkVJTY0

Others just had a little fun:

The HoverTray. Coming soon to a future near you. #BackToTheFuturehttps://t.co/osPkSjohy0

Novelty: 3
Jumping on the buzz surrounding a pop-culture event certainly isn’t new, but there are ways to approach it a little more creatively. The Arby’s example above shows how going beyond text on social can result in an engaging, visually pleasing presentation.

Imitate-ability: 10
With a hashtag alone, it’s fairly simple to capitalize on what is a nostalgia-stirring day for a large swath of customers.