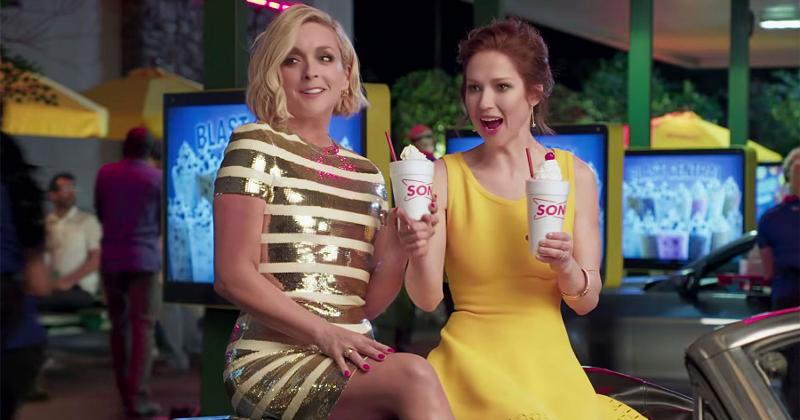 The move is part of the retro burger chain’s efforts to draw more female customers.

The women will join the current stars of the campaign, improv stars Peter Grosz and T.J. Jagodowski, in sitting inside a car discussing Sonic products.

"Jane and Ellie are the ideal pair to cast for this new chapter of the campaign with their strong representations of our brand personality, and they bring a fresh female perspective," Sonic CMO Lori Abou Habib said in a statement.

The first flight of commercials featuring the two pairs will promote Sonic’s new Signature Slinger blended cheeseburgers, which contain fewer than 350 calories each.

Subsequent spots slated for the summer will showcase new products and discounted floats, shakes and slushes.

Krakowski is a former co-star of the TV sitcom “30 Rock.” Kemper was part of the entourage that appeared on “The Office” and now stars in “Unbreakable Kimmy Schmidt.”