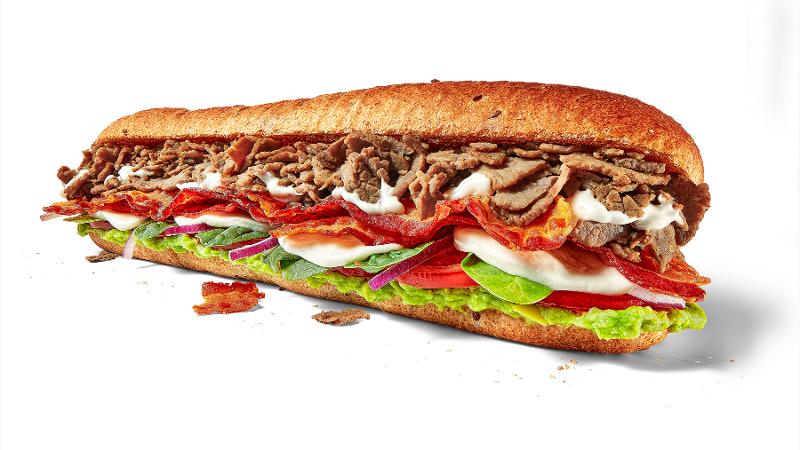 The sandwich giant, which is unveiling its “Eat Fresh Refresh” menu upgrades Tuesday, also revealed its latest ad campaign featuring a handful of athletes along with basketball hall-of-famer Charles Barkley as its spokesman.

Subway’s refresh is “a significant moment in the brand’s transformation journey,” Chief Marketing Officer Carrie Walsh said in a statement. “As such, one single creative execution or spokesperson wouldn’t have been enough.”

The campaign is “never-ending,” meaning the story continues across multiple ad spots that are designed to highlight the breadth of Subway’s menu changes—the chain is upgrading or returning 11 ingredients and adding four new sandwiches to its menu.

The campaign is “one of the largest media investments in the brand’s history,” Walsh said. “In my almost 20 years of marketing, this is the most innovative campaign and media strategy that I’ve ever seen.”

Subway’s marketing campaign may be every bit as important—if not more important—as the upgrades the chain is making to its menu.

The sandwich giant is in need of some lasting energy after nearly a decade of sales weakness has led to massive store closures and angry franchisees, thousands of whom appear ready to walk away from their stores. The sales declines and store closures have eroded the company’s once seemingly insurmountable dominance of the U.S. sandwich market.

Getting customers to try the chain’s new ingredients, including upgraded bread and items like steak and mozzarella, and then keeping them coming back repeatedly, will be key for a chain with just less than 22,000 U.S. restaurants.

The campaign will play across social and digital platforms. It was led by the ad agency McGarryBowen, with media planning from Carat. Current Global, Jack Morton, Proof Advertising and United Entertainment Group all supported activation of the campaign.

Brady reportedly signed on as a Subway spokesman last month, despite a reportedly strict diet. The campaign even pokes fun at that. In one of the ads, Curry asks Brady, “Do you even eat bread?”

Curry, incidentally, once tweeted Subway’s “$5 Footlong” jingle. That was in May 2009, just weeks before he was drafted by the NBA’s Golden State Warriors.