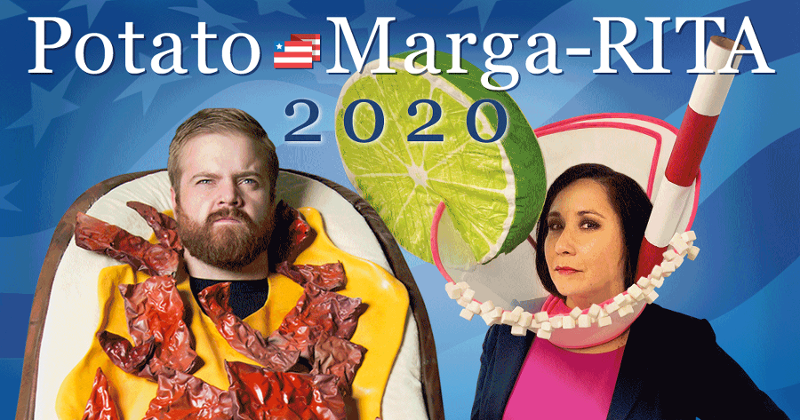 When TGI Fridays scheduled the launch of its new plant-based chili for this fall, the timing coincided with the weeks leading up to the election. So the Dallas-based casual dining chain nominated a loaded potato skin for president to lead a campaign for the new item.

“Everyone has had a tough 2020 and we figured people could use a little fun,” says Sara Bittorf, chief experience officer for Fridays. “We previously put a potato skin up for election in 2016 and decided to bring back our Potato in Chief. The new chili was the impetus.”

This time around, Loaded Potato Skin has a female running mate named Margarita. (Shades of the Democrats’ ticket?) They’re holding a joint press conference on Zoom early next week to promote the menu launch and jumpstart the social media campaign. The candidates, both actors, intend to take questions from the audience.

TGI Fridays partnered with Beyond Meat and chef John Folse to develop the new proprietary chili. Using the company’s plant-based ground beef, Folse modeled the dish after the whiskey-glazed meat chili he previously developed for the chain.

“The deep flavors of the plant-based version create the same umami but it’s geared to people who want to eat less meat,” says Bittorf. “We’re the only place you can go to get Beyond Meat chili.” 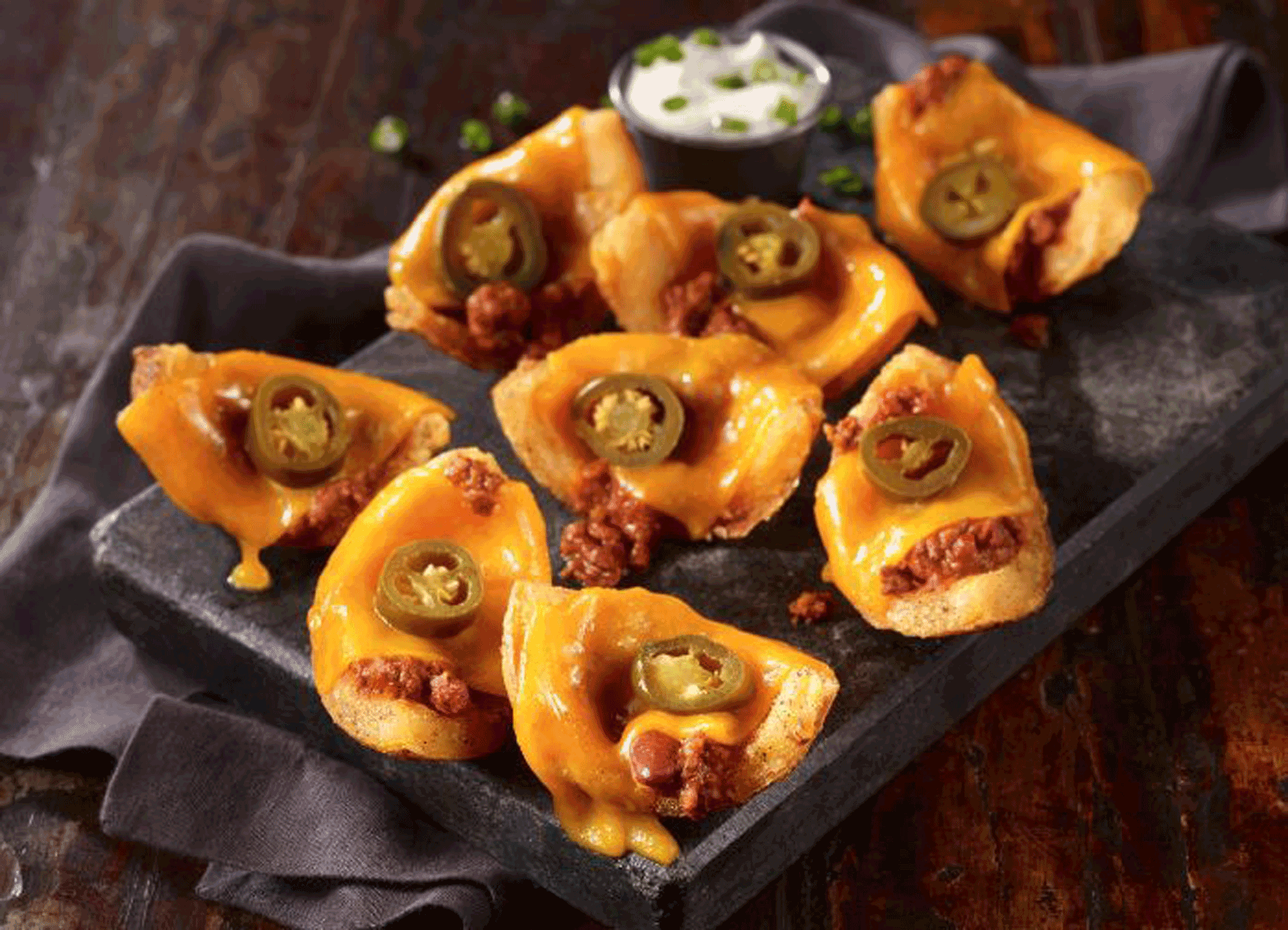 With its legacy as a destination for drinks and bar food, the TGI Fridays team decided to pair the chili with nachos and—you guessed it—loaded potato skins. The campaign will encourage customers to “put their differences aside” and focus on similarities, i.e. their fondness for appetizers.

Interestingly, the nachos are only available as a plant-based item, but guests can also order the chili in a bowl or as a burger topper (on either a Beyond Meat Cheeseburger or regular beef burger.) The Beyond Chili Loaded Potato Skins join a bacon-based version already on the menu.

“Feedback from customers pointed to the need for more options, especially from those who had to give up bar food made with meat and bacon,” says Bittorf. “People who are looking for plant-based items are coming back to Fridays to try these appetizers.” 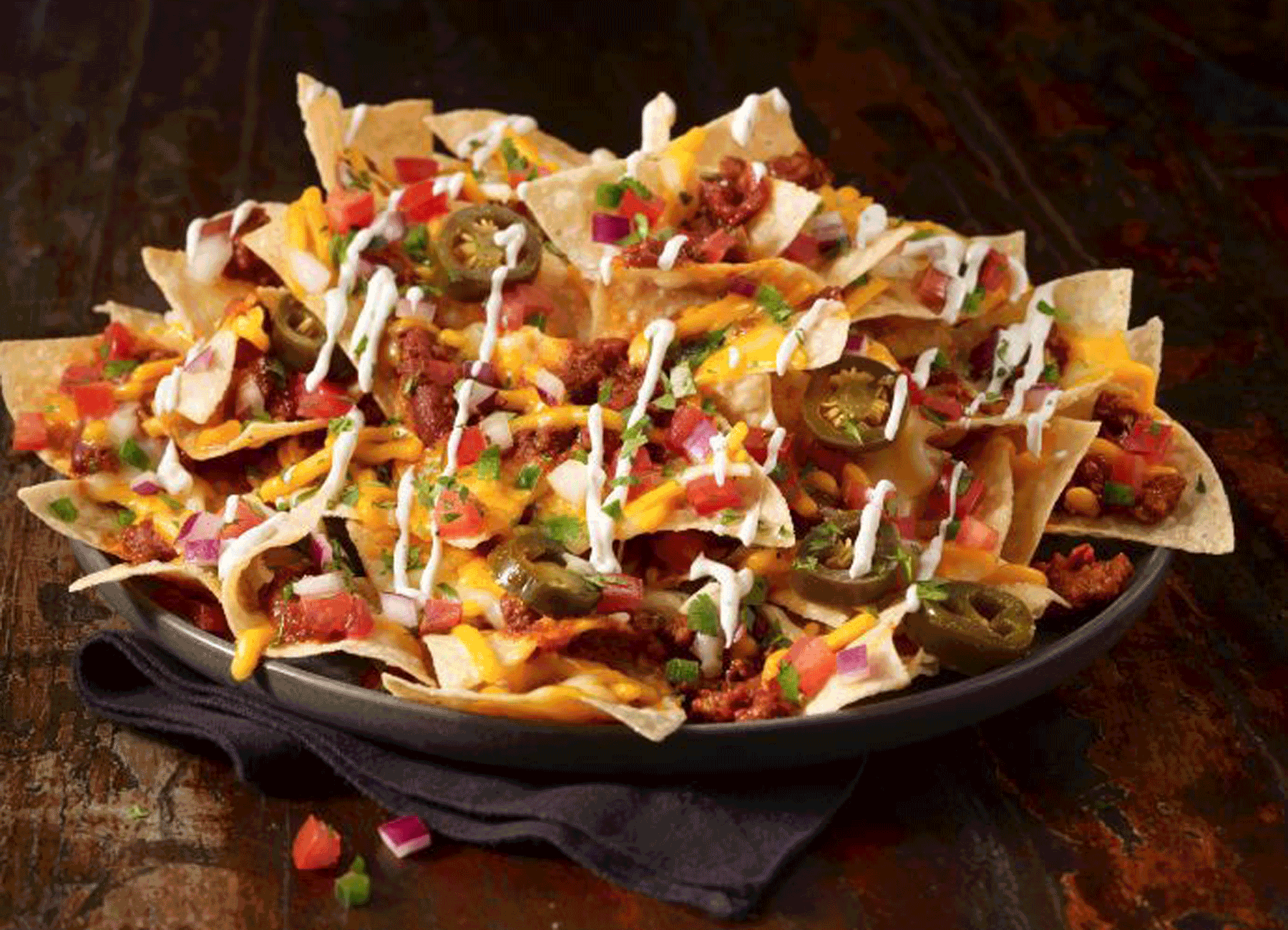 Chili is TGI Fridays next iteration of the Beyond Meat burger, but it won’t be the last, she adds. “We are focused on creating more items that are unique to Fridays.”

As for presidential candidate Loaded Potato Skin, he will “gently exit” before the election. “We don’t want to get into the political fray,” says Bittorf. “The goal was to bring a little fun to a contentious race.”

Until then, fans can check out his Twitter feed, @PotatoInChief, and follow his tweets at #PotatoSkin4President. The animated spud also has his own website: www.PotatoSkin4President.com. Along with VP candidate Margarita, he is encouraging people to vote as well as try Fridays new chili.