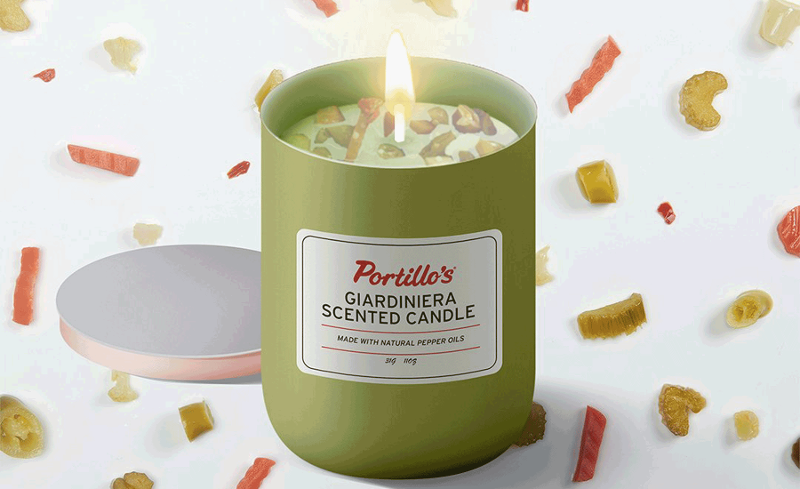 No, Uno Pizzeria & Grill is not getting rid of its signature menu item.

Nor is Portillo's selling a giardinera-scented candle.

Nor is hay the most popular pizza topping in the state of Nebraska.

But a few restaurant chains tried to make us believe those things were true, at least for a moment, on Thursday, April 1, otherwise known as April Fool's Day.

"If you know Uno, you know that deep dish pizza is extremely important to us – but so is time and money," said Erik Frederick, Uno's CEO, in a fake statement announcing that the Chicago-based chain would be eliminating the menu item it is known for.

The statement goes on to list the many attributes of Uno's pies, such as handmade dough and an intensive baking process, before revealing that it was just kidding.

The gags give restaurants an opportunity to have a little fun while also marketing their products. Portillo's, for instance, admitted that while it won't actually be selling a candle that smells like pickled vegetables, it will be announcing a new giardinera-centric menu item soon.

Put out the Gardenia candle and spice up your home with the scent of an all-natural hot Giardiniera candle. April Fool's! We aren't actually selling this candle, but we are launching a new spicy menu item featuring Giardiniera soon 👀 pic.twitter.com/Uz6fmZK3OU

Meanwhile, MOD Pizza tried to stir up controversy with a bogus map of each state's favorite pizza toppings, including ketchup for Illinois, hot dog water for Florida and "I'm walkin' here!" for the state of New York.

It followed that up with a tweet claiming to show each state's favorite fast-casual pizza chain. While the nation may be divided on many issues, it apparently aligns on MOD when it comes to fast-casual pizza.

And while it is still unclear exactly what Auntie Anne's is up to, it seems unlikely that they will actually be putting pineapples on their pretzels.

Should pineapple be on a pretzel?