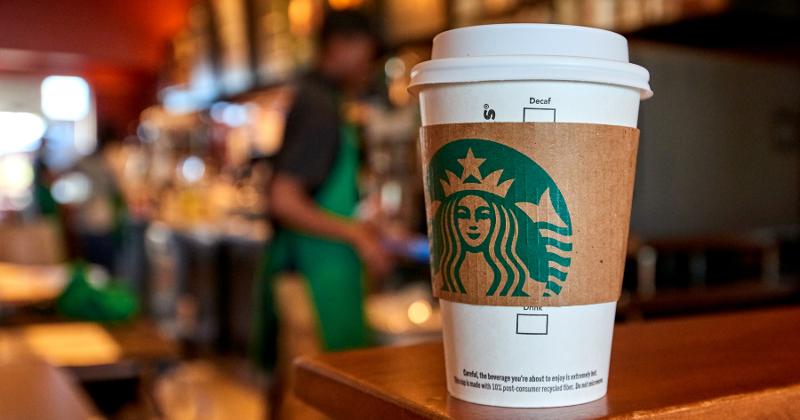 Starbucks may be the No. 2 U.S. restaurant chain, but it is leading the way in at least one department: social media advertising.

In the past three months, the coffee giant generated the most impressions with paid posts across Facebook, Instagram, YouTube, Twitter and LinkedIn. It accounted for 12% of all impressions, followed by Wendy's (10%), Arby's (8%), Taco Bell (8%) and Chipotle (7%). Impressions measure the number of times a post appeared in someone's feed.

That's according to new research from brand analytics company BrandTotal, which analyzed paid social campaigns from the 25 leading quick-service brands between Aug. 19 and Nov. 15—a total of 4,800 campaigns.

Of course, anyone can pay to have their brand pop up in people's feeds. But Starbucks also dominated in the engagement category, suggesting that its targeting and creative enticed customers to click, said BrandTotal CEO Alon Leibovich.

A bulk of all ads analyzed were targeted at younger customers. Nearly 60% were aimed at Gen Z (ages 18-24), while 33% targeted the 25-44 age group. Just 8% was geared toward people older than that.

A pair of chicken chains—Zaxby's and KFC—were the most aggressive in trying to reach the Gen Z cohort, with three-quarters of their impressions targeted at that generation. Meanwhile, sister burger chains Hardee's and Carl's Jr. were the least concerned with Gen Z: Just 2% and 13% of their impressions, respectively, were devoted to the age group. Instead, they focused on millennials and Gen X.