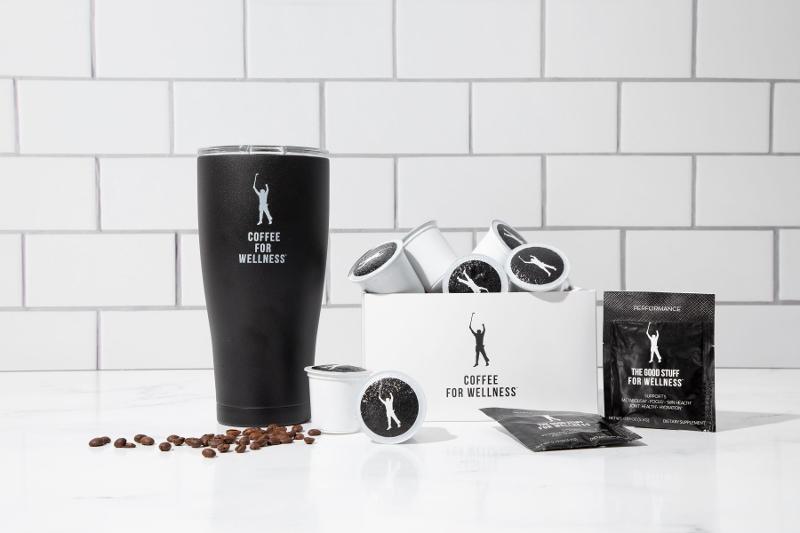 For Wellness, which aims to sell healthy coffee or coffee additives, hopes to get a few angry Dunkin' customers. / Photo courtesy of For Wellness.

The latest evidence for this comes courtesy of a company called For Wellness, which I had not heard of before they sent me a press release announcing an offer for frustrated members of Dunkin’s old DD Perks loyalty program.

For those of you who don’t know, and if you’re reading a marketing column in a restaurant publication, you probably do, Dunkin’ overhauled its loyalty program, renamed it Dunkin’ Rewards, and promptly angered a bunch of people who really liked the old program.

Restaurant Business Loyalty Program Editor Joe Guszkowski detailed the concerns, but I would highly recommend a visit to the Dunkin’ page on Reddit to get a true look at just how angry some of these folks are.

Anyway, For Wellness decided to take advantage. For Wellness is an internet retailer of antioxidant coffee along with a coffee additive that apparently adds “healthy ingredients” to one’s coffee. The company was founded by professional golfer Phil Mickelson and golf coach Dave Phillips.

And well, why not? Companies have to get attention somehow, and piggybacking on another brand’s problems is a tried-and-true method for doing so.

Well, this is interesting. Kraft apparently really wants McDonald’s to put its macaroni and cheese on a Big Mac.

The cheese maker started a website, wheresthemac.com, where customers are encouraged to tweet at McDonald’s to request that the company put its mac ‘n cheese on a Big Mac. There is even a photo of a Big Mac with the topping. It’s yet another in a long line of examples of companies doing something weird to get attention.

Those of you getting your hopes up about a Mac n Cheese Big Mac probably should not. But we will note three things: McDonald’s is playing with the Big Mac more often, as is noted by the company’s Chicken Big Mac test; Kraft and McDonald’s have an existing relationship, as Kraft makes McDonald’s McCafe coffee for retail; McDonald’s CEO Chris Kempczinski is himself a Kraft veteran.

But, as we said, do not get your hopes up.

Another chain introduces loyalty. Zaxby’s became the latest in a growing line of fast-food chains that are introducing new loyalty programs.

Like all loyalty programs, the company will let you earn points based on money spent, which you can then use to redeem for food and other items. The company will then take information it gets from said programs in its marketing.

Despite Dunkin’s experience with a few apparent coffee lovers, loyalty programs are all the rage right now and for good reason: They work. Done right, loyalty programs generate more sales and more frequency. Starbucks has effectively used its loyalty program to recover from the pandemic, and now it’s working with companies like Delta to improve its program.

White Castle is doing short-form video. The chain known for its sliders is sliding onto YouTube with a documentary-style video series called “The Crave Chronicles.”

Videos seek to answer questions ranging from why there are five holes in every slider patty to explaining the steps the company takes to sell its sliders in the grocery freezer aisle. “Slider Insider” Daniel Jefferies interviews various workers and fans about the company. The first episode appeared last month.

Got something you think should be in this column? Email the guy who writes it at jmaze@winsightmedia.com.

UPDATE: This story was updated to fix the name of White Castle's video series.