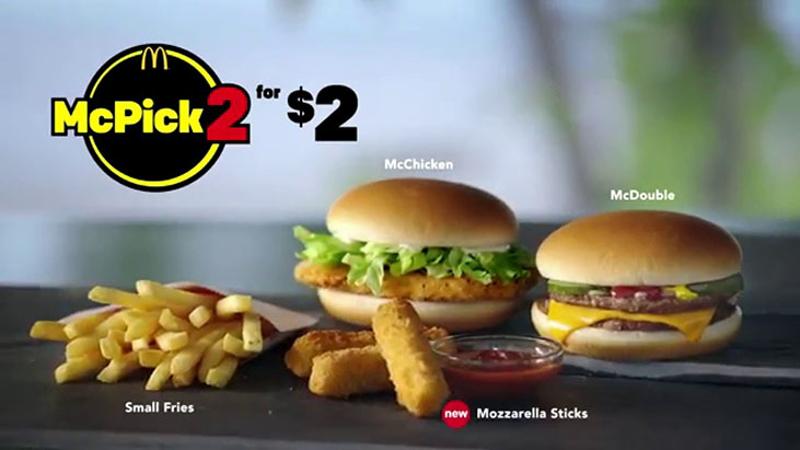 According to a folktale that was apparently required reading in McDonald’s headquarters, a frog didn’t realize it was being turned into dinner until the salad was just about tossed. The cook had gently settled the main course in a pot of lukewarm water on the stovetop, no doubt promising a spa treatment. The temperature was raised so gradually that the frog didn’t remove the cucumber slices from its eyes until it was too late.

McDonald’s has similarly used the soup-by-stealth approach to wean customers off the rock-bottom deals that kept traffic from freefalling during the Great Recession. At a time when chains of all stripes are trying to find an economically feasible lure for value hunters, signs abound that the McFrog recipe is working.

Several months ago, the ailing burger giant played down its Dollar Menu by trumpeting a new deal, McPick 2 for $2. Choose two items off a special menu and pay a mere $2 for the pair. Customers were still buying a meal at a buck per component, so how much sticker shock could there be? They just had to buy two of them, which they likely did anyway when the Dollar Menu reigned.

Big Mac recently turned up the dial a few degrees. McPick 2 for $2 was replaced with McPick 2 for $5. The options are far more upscale—a Big Mac instead of a double cheeseburger—but the price is farther into premium territory as well.

Customers are lapping up the frog soup. Research analysts say the $5 version of McPick 2 is off to a strong start, offsetting the appeal of Wendy’s similar 4 for $4 Meal and Burger King’s 5 for $4 deal. Indeed, it’s proving a stronger customer draw than the two-buck version, which performed only “so-so,” in the words of Nomura restaurant analyst Mark Kalinowski.

Now the resurging chain can add the potatoes and carrots—the high-ticket selections like the one-third-pound Angus burgers that left customers sweaty with sticker shock a year ago.