At the height of the recession, restaurateurs resorted to head-turning deals to drive traffic. Now that the economy is more or less in recovery, are consumers still seeking deep discounts, or are they more interested in a unique experience, an innovative menu or some other differentiating factor? 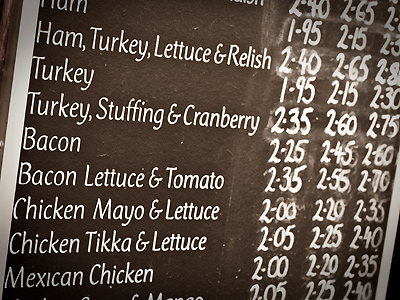 All of the above, according to operators and industry experts who gathered for the 2013 NRA Show last week in Chicago. But first let’s hear what they have to say about that supposed recovery.

“Consumers are still very value conscious because cash on hand is still constrained,” said Annika Stensson, senior manager of research communications at the National Restaurant Association.” NRA data show that one in three consumers aren’t using restaurants as often as they’d like. But, added Stensson, “there’s a lot of pent-up demand and once employment growth kicks up, restaurant visits should pick up, too.”

“Restaurant chain executives and consumers are more optimistic about 2013, although first quarter sales were essentially flat and traffic was down about one percent,” said Brad Moore, SVP of business development at SpenDifference in Denver.  His consulting company recently completed a survey of 50 chain executives, who reported anticipating a 2.2 percent increase in same store sales over 2012. But to achieve that growth, there will have to be significant activity in the last three quarters of the year.

Offering a good menu mix is key, Moore believes, particularly in the face of rising food costs. About 60 percent of the survey respondents said they would introduce or focus on lower cost dishes, or take low-margin items off the menu. Operators will have no choice but to accept and pass along price increases on proteins, Moore forecast. “Restaurants can’t continue not pricing for inflation or they will go out of business,” he said.

At Taco Bell, the dollar menu is an essential part of the mix, but those bargains are balanced with higher-priced and often higher-end items. Still, “our core customer is the value consumer and our bulls-eye target is 18 to 25-year-olds,” noted Steve Gomez, one of Taco Bell’s product development chefs. The chain plans to offer more innovation on the dollar menu by introducing seasoned, shredded chicken later this summer in a mini quesadilla and burrito.

Simultaneously, Taco Bell’s master chef Lorena Garcia is expanding the fresh, lighter Cantina Bell selections that are targeted to women—especially moms. And Gomez and his team are developing Hungry Men options for bigger appetites; these items boast three times the meat and are priced accordingly. The Happy Hour menu—which has evolved into a snack daypart—is also a draw, with value-priced desserts and beverages as well as heartier fare.

The value-oriented “$2 for $20” menu at Chili’s is never going away, according to Darryl Mickler, senior director of culinary innovation. Ribs are a perennial favorite of customers ordering this value-priced combo dinner, so his challenge is trying to offset high meat prices with creative but lower-cost food items, like the recently introduced flatbread and pizza lines.

The 15-unit Blue Coast Burrito, based in Nashville, Tennessee, has experienced five years of sales growth, claimed founder Richard Wozniak. “Rather than discount during the recession, we packaged menu items together to offer value,” he added. Blue Coast is continuing to do that during its sixth year of operation, packaging two tacos with a pint of salsa and chips, for example, for about $6.

When Corner Bakery’s customer counts started going in the same direction as the economy, the bakery-café chain introduced lower-priced sandwiches to meet guest expectations. “We took a deep look at our menu and analyzed the price points and what was selling,” stated CEO Mike Hilsop at the “Lessons from Leaders of Fast Casual” education session during the NRA Show. “We kept the integrity of the menu but added less expensive items, especially at breakfast.”

Catering was also stepped up, to where it now accounts for 20 percent of business. “You have to listen to the guest during tough times without sacrificing the integrity of the brand,” Hilsop advised.

At the same session, Kevin Reddy, CEO of Noodles & Company confirmed the fickle nature of today’s restaurant customer: “There’s no one formula for attracting diners to your concept. A menu with unique dishes and good price points is important, but the industry is so much more competitive now. We’re competing against all segments, not just our own. And having a great idea that differentiates you doesn’t last long in this digital age.

“At the end of the day, it’s all about execution.”