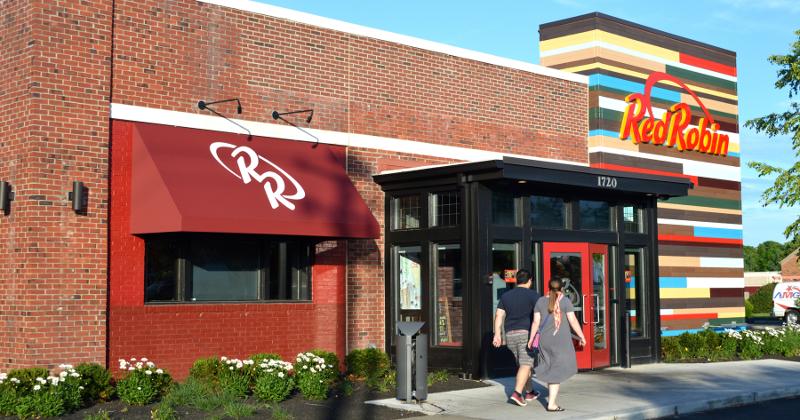 Red Robin is continuing to claw its way back from the pandemic. In the fourth quarter ended Dec. 26, same-store sales at the 525-unit casual-dining chain decreased 0.7% compared to 2019—a result of the omicron surge and continued staffing shortages at some of its restaurants, executives said.

“The ongoing demand for Red Robin is very strong,” CEO Paul Murphy told investors on the chain’s fourth quarter earnings call Thursday. “What we are solving is a staffing issue … not a brand issue.”

Underlying those challenges, leaders said, were some promising trends that should help the chain drive sales as staffing improves. Here’s a look.

Its virtual brands are growing

The chain’s three virtual brands—Chicken Sammy’s, The Wing Dept. and Fresh Set—are now available systemwide, and together generated $8.4 million in incremental revenue in the fourth quarter.

While that was only about 3% of Red Robin’s total revenue, virtual brand sales increased by $2.5 million from the previous period.

Murphy said the brands allow Red Robin to maximize its kitchen capacity “without adding operational complexity.” The chain must like what it’s seen so far, because it’s in the final stages of launching a fourth, licensed virtual brand, across the entire system.

Yet Murphy said it’s still too early to know how much of an impact these brands will have.

Red Robin is no stranger to bolting additional brands onto existing restaurants. It is one of the few chains to pursue a co-branding strategy through its partnership with Donatos Pizza.

That strategy continues to pay dividends. Red Robins that serve Donatos tend to do better than those that don’t: In the fourth quarter, locations with Donatos (that weren’t affected by supply chain problems) posted same-store sales growth of 8.1%, Murphy said. And guest checks that included pizza were an average of $10 higher than those without it in 2021.

Red Robin added Donatos to the menu at 120 restaurants last year for a total of 198. Staffing issues, however, are slowing its plans to bring the whole system on board. It’s pushing back the full rollout by a year, with 50 stores scheduled for 2022 and 150 for 2023.

“We want to enable these restaurants to focus on the hiring and training of new team members before adding incremental menu initiatives,” Murphy said.

Off-premise made up more than 30% of Red Robin’s sales in the fourth quarter—a number that executives said has remained consistent even as pandemic restrictions have eased—and most of it came from delivery.

That’s far more delivery than the restaurant industry is doing overall. In 2021, delivery made up the smallest slice of the off-premise pie at 11%.

Off-premise has become so key to the business that it’s physically changed its restaurants to make more room for those orders, Murphy said.

Its loyalty program is large and growing

More than 10 million people have signed up for the brand’s Red Robin Royalty program. For context, that’s about the same number of people who use the rewards program at Chili’s—a chain more than 3 times its size.

In the fourth quarter, the chain took in about $41.7 million from Royalty members—an increase of 2.4% compared to 2019. That accounted for about 15% of its total revenue in the period.

Loyalty members get every 10th entree free, a free burger on their birthday and other perks.

“It is a real driver for the brand,” Murphy said. Red Robin is continuing to invest in the program with a new mobile app and website.