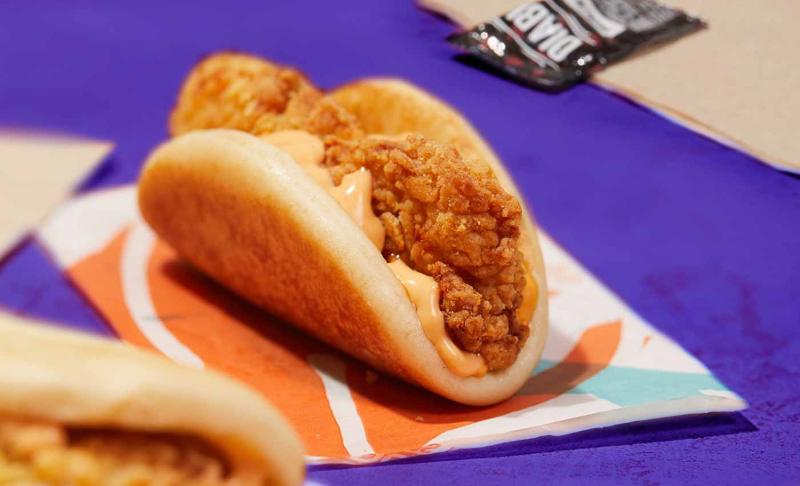 Last year may have been the weirdest of our lifetimes, but 2021 is posing an impressive challenge. Consider the strangeness for the restaurant industry of the past week alone, a stretch that could’ve been narrated by Rod Serling. Operators of a certain vintage might’ve wished they’d heeded all those warnings in the 1960s about acid flashbacks.

Here are some of the developments that had the industry doubting its senses.

Golden Corral adds drive-thrus
Whole high schools could dig into the buffet chain’s multi-mile spread and still not get every meatloaf slab or scoop of potatoes. It’s a concept built on the draw of all you can eat of almost every mainstream food you can imagine, as long as you’re willing to serve yourself. If the food and presentation weren’t so good, some might call it a trough concept.

How do you adapt an offering like that into something that’d work in a drive-thru format? How do you translate that abundance and variety into a service model that comes down to handing boxed or bagged food through a window?

The high-volume chain says it’s cracking the code, though CEO Lance Trenary acknowledges it’s been “an uphill battle.” He didn’t provide many details during his appearance on A Deeper Dive, Restaurant Business’ most popular podcast. But the model is in place at four or five units, and customers are embracing it, Trenary said.

Taco Bell tries a chicken sandwich
The burger is losing its long-held crown as the signature sandwich of the U.S. restaurant market.  Hail the new must-have item, a chicken filet on some sort of bread carrier.  Strong proof was provided this week with the head-turning news that Taco Bell—Taco Bell!—is planning to test a version that it liberally calls a chicken taco. I’ve only visited Mexico a few times, but I don’t recall street vendors or cafes hawking chicken filets wrapped in what looks like a naan.

At this rate, it’s just a matter of time until we see soft-serve yogurt chains sporting versions. I for one will not try a Baskin-Robbins chicken-and-pickle cone.

Steak ‘n Shake’s owner blasts a takeover attempt as sleazy
The full-service burger chain’s parent, Biglari Holdings, didn’t use those words in its lawsuit against Fortress Investment Group, the debt holder that was attempting to leverage a big IOU from Steak ‘n Shake into control of the brand. But it accused Fortress of sneakily using confidential information provided in good faith to push the chain into bankruptcy as a first step toward becoming the new owner.

It’s ironic that Biglari would yelp about calculation and unorthodox tactics being part of a takeover attempt. Its principal, Sardar Biglari, hasn’t hesitated to sling mud or look for a prey’s vulnerabilities in its attempts to wrest control of a chain.  It succeeded with Steak ‘n Shake, failed with Friendly’s, and is still trying through very public accusations and disparagement to get a hand on the reins of Cracker Barrel. Suing another party for a highly calculated (and still only alleged) takeover attempt is akin to Yoko Ono accusing Ringo Starr’s love interest of breaking up the Beatles.

Carmen Electra, restaurateur
Many are the talents of the celebrity who was born Tara Leigh Patrick, but wizardry in the kitchen isn’t one that’s often cited. Still, the former “Baywatch” star is now curating a menu of healthful dishes for a new virtual concept called Tasty, according to her partner in the venture, the brand incubator Cordia Corp.

Not that a culinary reputation is necessary for success in the booming virtual-concept market. MrBeast was just a YouTube star until he lent his name to a delivery-only burger concept that exists in only digital form. Now he’s being hailed as the next Colonel Sanders or Dave Thomas.

Still, it’s difficult to see how a career propelled by associations with Prince and Dennis Rodman is an appropriate springboard for restaurant stardom.

Burgerim’s founder can’t even be found
Seldom does a restaurant leader disappear without a trace. Even rarer is a restaurant meltdown on the scale of Burgerim’s collapse.  The fast-casual chain was ordered this week by the state of California to pay $4 million in franchise-fee refunds and fines to operators who bought the franchise pitch of founder Oren Loni. But there’s no one available to even sign the checks; Loni is long gone, and no one seems to have an inkling about where he’s hiding.

Our bet is he’s holing up somewhere with Carlos Goshn, the former Nissan Motor chairman who fled the United States at the end of 2019 to avoid federal prosecution—maybe with the occasional visit from Jim Morrison or Edward Snowden.