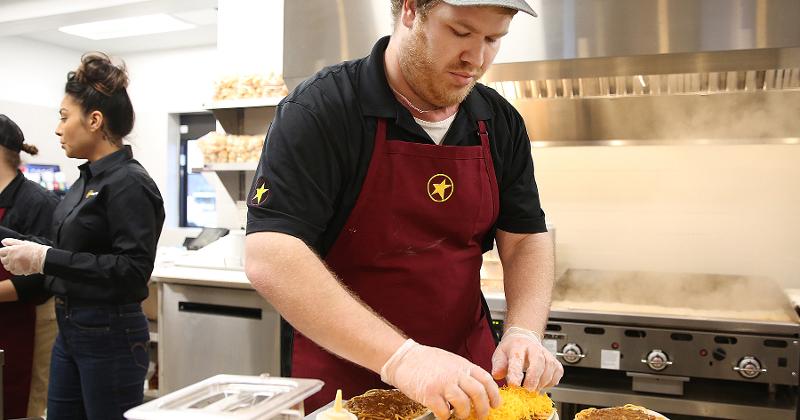 Anyone familiar with the Cincinnati area knows the regional specialty: Cincinnati chili. The mildly spicy, crumbled-beef blend is ladled up in countless chili parlors around the region, served in a variety of “ways,” from two-way (chili-topped spaghetti) to five-way (spaghetti loaded with chili, beans, onions and grated cheddar).

For a half century, Gold Star Chili has been one of Cincinnati’s well-known chili purveyors. But the 81-unit chain, looking to grow from its regional roots, is in the midst of a $25 million rebranding effort that it expects to be fully rolled out by 2021. The big change: It’s shifting the focus off of chili and onto a more widely recognizable menu of burgers and fries.

Chili will still be served, of course, alongside burgers, fries and shakes, but “Chili” is being dropped from the brand’s logo. It’s a bit of a return-to-roots story: What’s now Gold Star Chili actually began as a spinoff of a restaurant called Hamburger Heaven, says Roger David, Gold Star Chili’s president and son of the concept’s founder.

“We are teeing up a 200-mile-radius franchising effort,” David says. 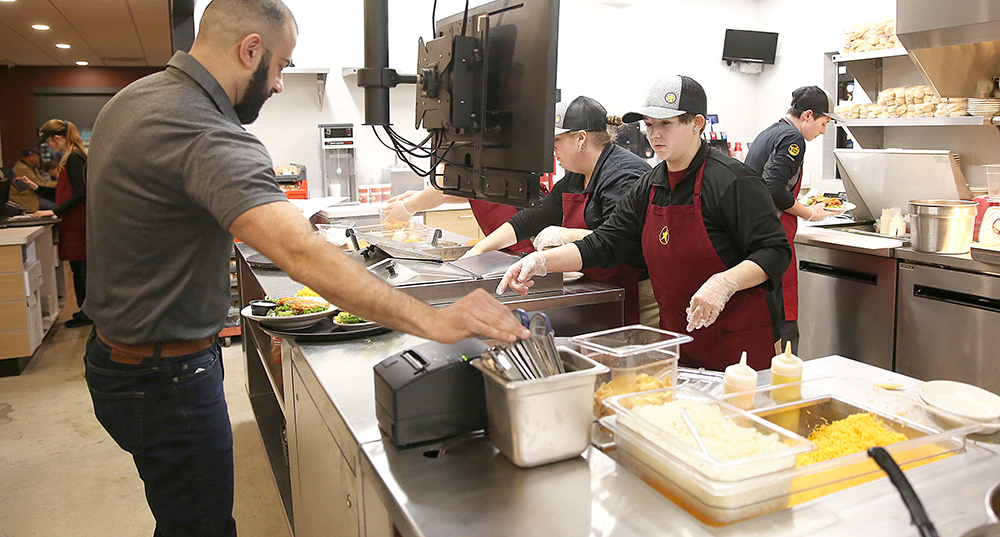 To create the new 2,600-square-foot design, Gold Star modeled a full prototype in virtual reality, allowing key players to “walk through” the space and experience the work stations “before we actually had to lift a hammer,” says Tom Li Calzi, the chain’s development director. Chain execs, architects and engineers tweaked the design for two years, focusing on ergonomics, maximizing vertical space and using motion studies to increase efficiency.

A major component of the redesign is a custom steam table, from which all dishes are produced. The stainless-steel table, about 4 feet wide and 17 feet long, features heated wells for each menu category—from topped Coney dogs to plates of chili. Every part of the table can be removed, allowing operators to downscale during slow times or begin breaking down the table for cleanup at the end of the night, Li Calzi says. The table is also reducing average ticket time because smaller orders no longer have to wait until previous tickets are completed, he adds. 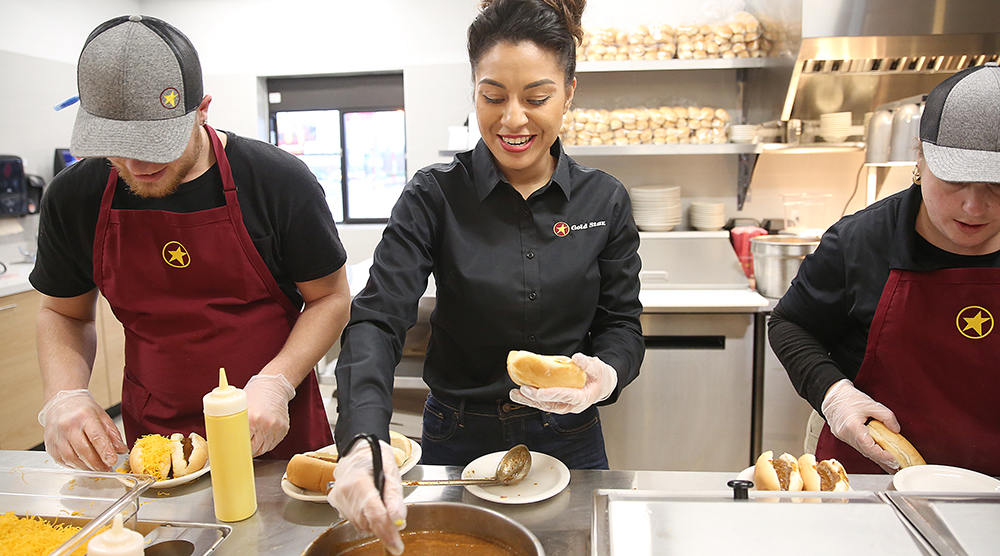 Gold Star has always featured an exposed kitchen, but the new design uses a “picture-framed approach” to increase kitchen wall space and provide storage for to-go packaging and other items.

Also targeted in the massive renovation are Gold Star’s drive-thrus, a necessary revamp given the expanded menu, David says. Remodeled drive-thrus include lanes for drivers to pull forward if a menu item is taking longer than anticipated to prepare, as well as covered menu boards and pickup windows.

Drive-thru and carryout orders account for nearly two-thirds of Gold Star’s business, company officials say. “It can’t just be looked on as an add-on to our business,” David says. “It has to be a priority.”

With all the changes, the brand is placing a renewed focus on employee training. Gold Star recently launched an employee-only app that details all components of the company’s five-point training process, from soft skills of hospitality to more concrete ones such as how to assemble menu items. Workers can take quizzes via the app targeted to their work stations, and it can be used for quick corrective action when an employee makes a mistake.

“It takes time, but we are restructuring the organization to focus on training and development,” David says.