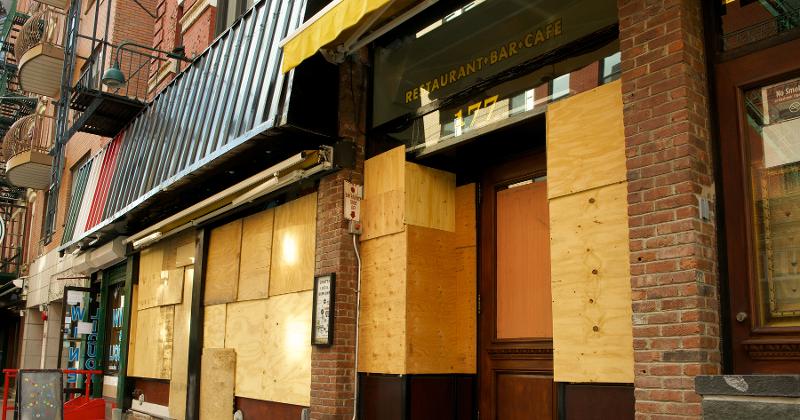 Warning that the rollbacks of dining-room re-openings have forced 100,000 restaurants to close in the last two weeks alone, the National Restaurant Association (NRA) has presented Congress with a new multi-trillion-dollar relief and stimulus proposal aimed at helping the industry survive immediate new threats posed by the coronavirus pandemic.

Included in the request is a call for $120 billion in direct aid specifically for restaurants, the lifeline championed by the Independent Restaurant Coalition  (IRC) to keep more than one-third of independent operations from having to close. The NRA’s proposal would extend the money in grants to any operator of 20 or fewer restaurants, whether the establishments are chain-affiliated or one-of-a-kinds.

The association’s updated Blueprint for Restaurant Revival also calls for the federal government to “backstop” insurers who provide restaurants with business-interruption policies.  Many of those carriers have denied payments to restaurants because the policies specifically deny coverage to places that were forced to close by pandemics. In other instances, the insurers argue that the covered restaurants could still offer takeout and delivery, and did not suffer the sort of physical damage that the policies were intended to address. The NRA is asking Congress to address the issue, in part to ensure that business-interruption policies are extended in the future to restaurants, and at a price they can afford.

Much of the blueprint is focused on federal tax breaks and loans that would help restaurant operators in the short term. The requested actions include a relaunch of the Paycheck Protection Program (PPP) to help businesses that have already received an eight-week loan through the initiative, the main form of federal assistance for small businesses during the first five months of the pandemic. The NRA recommends that the second loans be limited to places that have suffered at least a 20% drop in gross revenues, and that the process of seeking forgiveness of the loans be streamlined.

It also urges Congress to sweeten the effects of the loans by granting tax exemptions for expenditures made with the borrowed money. The request highlights a little-known aftereffect of the PPP loans to date, a consequence of standing Internal Revenue Service (IRS) rules. “Without this relief, millions of small businesses will face tremendous tax liabilities,” the NRA explains in its pitch to lawmakers. It cites the example of an unidentified restaurant group in Indiana that used PPP funds to retain 54 employees.  Under current IRS regulations, the company now owes $182,000 in unexpected taxes.

The blueprint also asks that tax credits be extended to any expenditure a restaurant makes to shield guests and employees from the coronavirus, such as buying masks and sanitizer solutions.

The proposal also addresses a common gripe of restaurant operators: The PPP and other loans available from governments tend to provide relief for a short period of time, with the goal of helping places reopen near-term. Restaurateurs point out that they were not allowed to restart on-premise dining until the last few weeks, and even then, seating capacities were limited. They’ve clamored for adjusting the process so funding would be available when it was actually needed to rehire, restock and host full dining rooms again.

The blueprint addresses that issue in its call for the development of a long-term loan program to echo and complement the PPP. The new funding mechanism “would provide at least six months of operating costs, including payroll, and allow for partial forgiveness,” the association says in its proposal.

The plan was developed after the association surveyed its members to see what forms of assistance they needed four months into the pandemic to avoid shutting their doors for good. About 4,100 responded with input, according to the NRA.

Recent dining-room re-closings in California, New Mexico and a number of county and municipal jurisdictions also seemed to be a trigger for action. “In just the past two weeks alone, state and local government mandates have shut down almost 100,000 restaurants,” Sean Kennedy, the NRA’s executive vice president of public affairs, said in a letter to Congressional leaders. “Many are advising us they cannot survive this ongoing on/off approach to operations and will permanently close.”

He argues in the letter that the industry has not been granted the aid its level of suffering should merit. “Despite losing more jobs and revenue than any other industry, Congress has chosen not to advance a recovery package that is tailored for the unique challenges of a major industry on the cusp of bankruptcy,” Kennedy wrote.

He points out that the industry has already lost $120 billion in sales because of the pandemic and the partial shutdowns it triggered, and that it stands to lose another $120 billion during the remainder of the year.

Much of the NRA’s proposal calls for tweaking an alphabet soup of existing federal aid programs to make them more effective for the restaurant industry. For instance, the blueprint recommends an enhancement of the Employee Retention Tax Credit (ERTC), a measure intended to help businesses retain staffs during short or long-term closures. “Restaurants need expanded access to ERTC for the amount, the duration, and the number of businesses that are eligible,” the NRA says.

Similarly, it asks Congress to refund and update the terms of Economic Injury Disaster Loans (EIDL), a form of aid extended by the Small Business Administration, the administrator o the PPP as well. The loans, discontinued as of last weekend, were intended to help businesses survive a crisis.  Specifically, the NRA requests that Congress refund the program, tweak it to grant advance funds and lower the interest rates.

The Blueprint was presented to Congress as lawmakers return to Washington after the July 4th break. The Senators and Representatives are likely to field aid requests from a number of industries that were walloped by the pandemic, including such restaurant-allied businesses as hotels and food distributors.