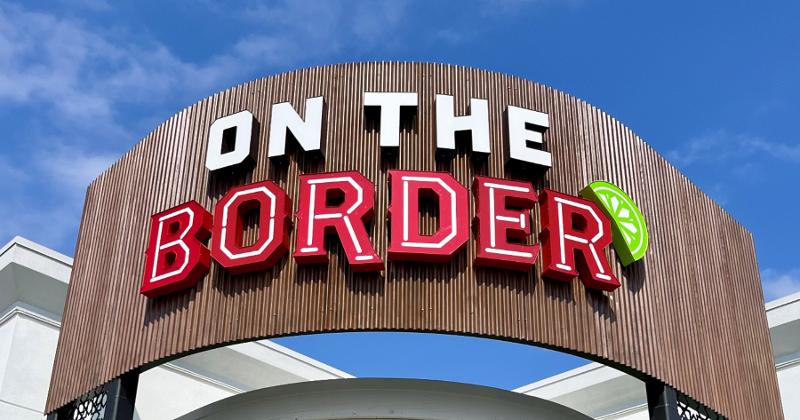 Photograph courtesy of On the Border

As On the Border Mexican Grill & Cantina approached its 40th birthday, guests started telling the chain something no one in their late 30s wants to hear:

It had lost some of its magic.

Customers had begun to notice the results of years of menu cost-cutting at the Irving, Texas-based casual brand. Though the austerity measures had brought its food costs below those of competitors, they had also drained much of the quality from the chain’s once-bold Tex-Mex fare. Visitors complained about even the most basic items, like taco meat.

Those problems had been showing up in the chain’s results for some time. From 2006 to 2021, On the Border's sales fell more than 36%, according to Technomic Ignite data, while its store count shrunk by 17%, to 125.

“It was really the guest kind of pushing for, ‘Hey, you need to be as great as you used to be,’” said CMO Edithann Ramey. “As we headed into the pandemic, we knew that our brand needed to rethink and work differently.”

Those struggles, plus the pressures of COVID-19, helped spark the start of a new era for On the Border—which is on course to record positive annual sales for the first time in 15 years this year.

It has been led by a new C-suite tandem of CEO Tim Ward, who moved over together from Krystal in June 2020, and CFO Keith Davis. Ed Jarvis, a longtime regional director, was tapped to head up operations that October, while Ramey has taken charge of reinvigorating On the Border’s marketing efforts. 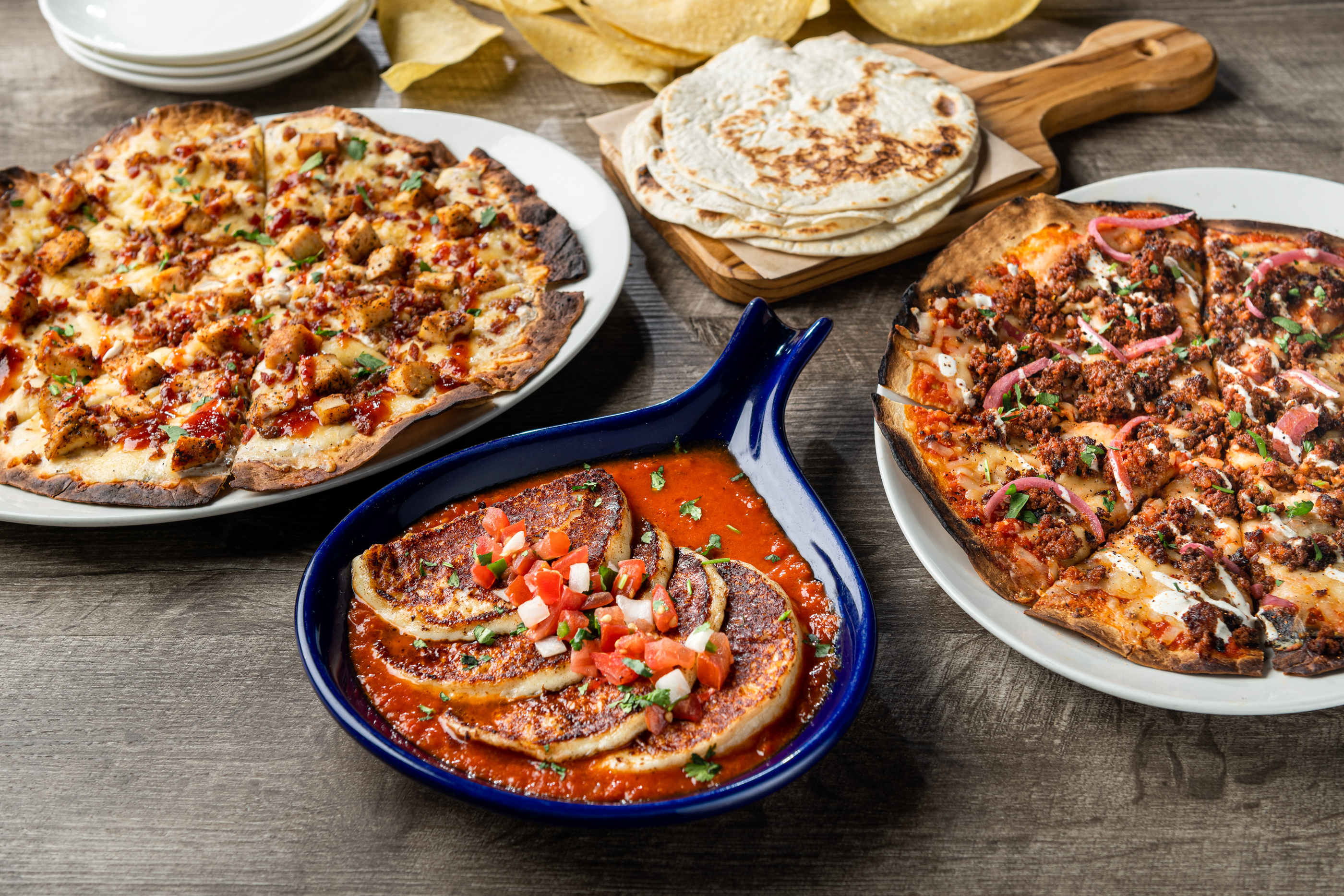 On the Border's new menu includes items beyond traditional Mexican cuisine, like pizza. / Photograph courtesy of On the Border

The most noticeable change has been on the menu, which underwent a total overhaul just before the pandemic. On the Border added more fat and flavor to its ground beef, invested in top-notch tequila and new glassware for its margaritas, and recommitted to making its tortillas fresh on-site, Ramey said. It also trimmed the menu and worked to make certain dishes less complicated. An eight-ingredient salad, for instance, was pared back to four.

It has also introduced some non-Mexican items, like a pair of burgers and thin-crust Mexican pizzas. The idea is to boost frequency and appeal to guests who may not want Mexican food. Ramey compared it to the variety of options offered by Chili’s, where she once worked as VP of marketing.

“We just think we have to be a little bit broader,” she said.

“We’re getting smarter about talking to [guests] and getting them to come in more often.” —Edithann Ramey, On the Border

Meanwhile, On the Border was investing in technology designed to improve guests’ experience. When off-premise became the go-to channel early in the pandemic, it launched a new website and online ordering platform that was easier to use. For dine-in guests, it rolled out a digital waitlist system that texts a person when their table is ready.

And about a year into the pandemic, the chain introduced a rewards program that has transformed its marketing strategy. As people joined Border Rewards, the brand began to compile data on how much they spend, what they order and how often they visit. That has allowed it to pepper loyal customers with more relevant marketing messages.

“We’re getting smarter about talking to them and getting them to come in more often,” Ramey said. Indeed, Border Rewards members visit the restaurant an average of 2.3 times per year, up from 1.6 times before they joined. 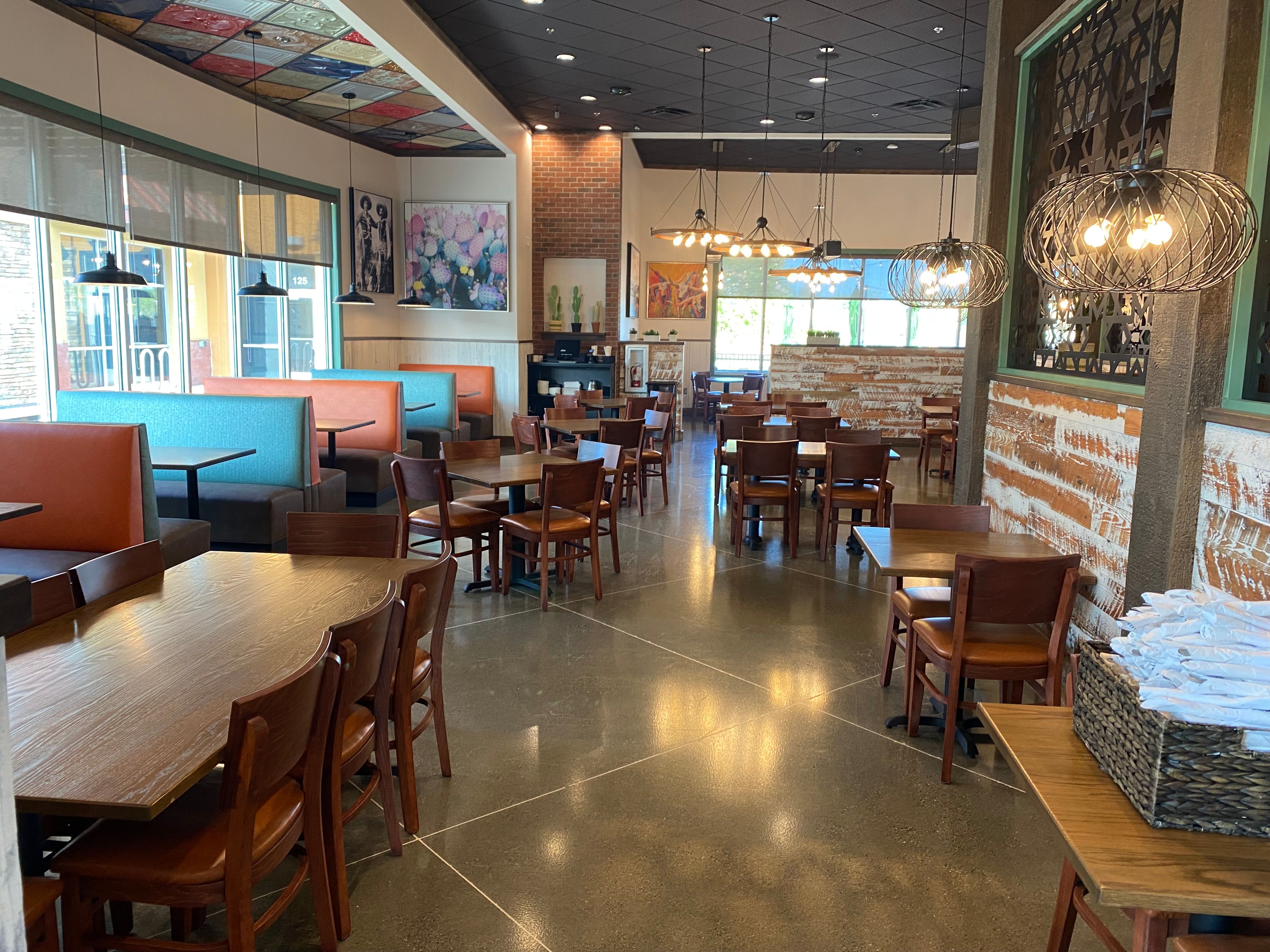 Newly promoted VP of Operations Ed Jarvis has focused on getting On the Border back to the basics of clean restaurants and good service. / Photograph courtesy of On the Border

The chain has aggressively pursued customer data under Ramey’s watch. Last year, for instance, it launched a subscription program called Queso Club. For $1 plus the price of a bowl of queso, members got free queso for a year when they dined in. The seemingly too-good-to-be-true deal got a lot of people into the database, and into the restaurant. On the Border also gave away a lot of queso.

“We probably could have charged more,” Ramey said. Still, it’s planning to do another subscription program, because guest data is just that valuable. “It’s paid off in ways that are beyond just saying, ‘Hey, it drove traffic and drove sales.’”

The final piece of On the Border’s refresh is getting staffed, a goal that Ramey admitted has been the most difficult to reach. Workers are now trained on how to greet guests, ask when they last visited and recommend a favorite menu item. But with hourly staffing levels still at only about 80% of where they need to be, employees don’t always have time to add those personal touches.

“That one’s a struggle when you’re not at 100% staffing capacity,” Ramey said.

Still, the chain’s efforts over the past two years have begun to bear fruit.

“This year for the first time [in 15 years], through May, we have been positive for sales,” Ramey said. And though results have fluctuated from week to week amid a roller-coaster operating environment, she’s feeling optimistic about the brand.

“We’re going to end up positive, and we’re very excited.”

CORRECTION: A previous version of this story misidentified former On the Border CFO Bruce Vermilyea as its current CFO. The chain's CFO is Keith Davis.