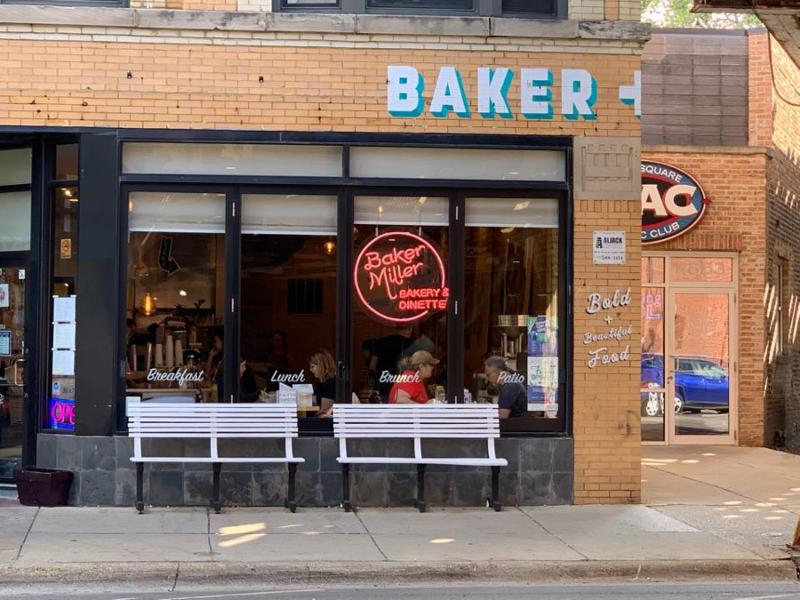 With a new COVID surge barreling down on Chicago, bakery-cafe owner Dave Miller consulted with his staff and performed some business calculus:

Either lose sales because of having to shut down when workers get infected or lose business by turning away diners opposed to vaccination.

The answer to the math problem became clear early this week. The restaurant he co-owns with his wife, Megan, would require all dine-in customers to show not only proof of vaccination but evidence they’d also received a COVID booster shot.

“I really, really carefully debated the idea of a mandate,” Dave Miller said, noting his requirement came a couple of days before the City of Chicago announced a vaccine (but not booster) requirement for all indoor diners. “I didn’t want to just jump in. As a business, we try to be kind. We try not to exclude. We try to stay positive.”

But, he said, the Millers and their employees decided, “We have a right not to be in danger,” he said. “That’s not exclusionary.”

On Monday, Baker Miller shared an “updated dining policy” on social media, noting that it would be requiring boosters for indoor dining going forward. Customers could instead choose curbside pickup, delivery or the cafe’s walk-up window if they did not or could not abide by the mandate, the restaurant said.

Commenters on Facebook, Instagram, Yelp and other platforms told the restaurant it would soon have to file for bankruptcy.

One Yelp reviewer (from California) gave the restaurant a one-star review, noting “Go woke, go broke.” Another posted “Have fun going out of business.” Commenters from out of state gave negative reviews on the shop’s cleanliness and hospitality.

But what most concerned Miller was what appeared to be a steadily organizing mob on one of the platforms that threatened to send a large group of anti-vaxxers to the bakery in protest.

“Lots of Nazi comments,” he said. “That’s when I was just like, ‘You know what. We’re not going to deal with that.’ My manager was following it, too, and was starting to get nervous about what if these people show up.”

With the latest COVID surge, a number of cities are implementing vaccine mandates and other measures to slow the spread. And some restaurants, including Union Square Hospitality Group in New York and Zuni Café in San Francisco, are adding booster requirements for indoor dining.

On Tuesday, the Millers decided to shut down the dining room all together rather than deal with the threats.

“No, this doesn’t mean that they win and no it doesn’t mean we’re going to back away from our policy,” Baker Miller posted on social media. “BUT we have a lot of baking to do before Christmas and would rather spend our time focused on making sure your desserts are great as well as planning for the New Year.”

He said the bakery hasn’t decided when it will reopen the dining room, either after Christmas or New Year's. Waiting a bit will also give people more time to assess the science behind the fast-spreading omicron variant.

Miller said he hopes the internet outrage about the booster mandate “fizzles out.”

“It’s disheartening,” he said. “We have lost customers.” But, he added, “We’ve gained customers. One lady from Indiana said, ‘I’ll drive out there to show you we support you.’"