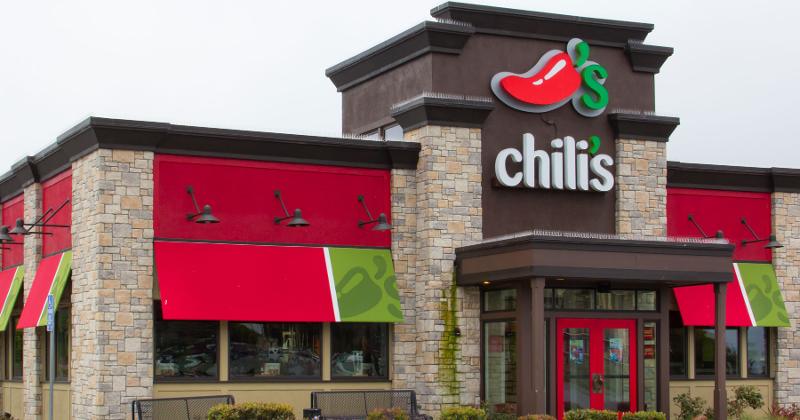 The parent of Chili’s Grill & Bar veered from its usual quarterly financial recap to focus instead this morning on a dynamic of the business that investors hadn’t heard about in a while: maximizing dine-in sales.

The Brinker International holding expects to have the dining rooms of 300 restaurants back in limited operation by the weekend.  The seating plans for virtually all of its restaurants have been reconfigured to meet the capacity caps and other social distancing measures set by the handful of states that have greenlighted dining rooms to reopen.

Chili’s is also revamping its menus to meet state requirements that bills of fare either be disposable, so they can be discarded after every use, or reduced to an easy-to-clean one- or two-page listing.

Bar seating will not be provided because social distancing guidelines are difficult to meet with the typical configuration of that service station, Roberts said. But he said some tables might be pushed up against the bar so that a bartender can still serve some parties directly.

Roberts said guests will likely find themselves seated at the middle of three tables. One adjacent table will likely be kept empty, and the other unused space will serve as a sanitation station stocked with anti-viral products.

Restaurants are also being reconfigured to accommodate an ongoing surge in takeout and delivery, the only forms of service provided across most of the Chili’s system prior to Monday, when Georgia allowed dining rooms to reopen. Units were averaging weekly off-premise sales of $32,200 as of April 22, a 45% increase from the start of the month.

Roberts said 10% of the employees furloughed by Brinker because of dining room closings have already been rehired to accommodate a continuing climb in to-go orders.

The off-premise volume accounts for about 57% of a Chili’s revenues in pre-COVID-19 times, Roberts said. CFO Joe Taylor estimated that the restaurants would hit a “cash-neutral” point—sales covering enough costs to spare Brinker from dipping into cash reserves—when that level reaches 70%.

Two days into a resumption of dine-in service at Georgia stores, Chili’s is finding that to-go business is holding steady and on-premise business is proving virtually all incremental, Roberts and Taylor indicated. Taylor warned that results are raw and preliminary, but said some stores were seeing same-store sales declines of only 20%, compared to a systemwide decline of 42.5% for the week ended April 22.

Roberts said the company expects a majority of Chili’s 1,238 domestic stores to resume at least some dine-in operations by June.

A high current priority, he indicated, is restaffing the restaurants, though he stressed that Chili’s and sister chain Maggiano’s Little Italy have not encountered any resistance to date in rehiring. Even employees collecting more through government relief programs than they formerly earned from their jobs are eager to return to work, knowing the aid is temporary and unemployment is high.

“They’re not so short-sighted to say, ‘Hey, I’ll take these benefits and count on getting a job down the road,’” Roberts said. “With 26 million people looking for work, I don’t think we’re going to have a hard time finding people to fill our jobs.”

Most managers were not laid off, he noted, adding that those individuals have been persevering through the crisis with an awareness their compensation will be dramatically lessened by the COVID-19-related drop in sales and profits.

“Our first priority is taking care of those people,” Roberts said. “We may pay bonuses to those people that we typically wouldn’t.”

Brinker noted in releasing today’s financial update and results for the third quarter ended March 25 that the company had $175 million in liquidity on hand to weather the crisis, with a burn rate of $5 million per month.

As to when the nation might turn a corner and see a steady march toward normalcy, Roberts said he’s as perplexed as the next CEO.

But he noted that Chili’s and competitors that survive the ordeal will likely catch a welcomed tailwind. “There will be less seats in the category,” said Roberts.