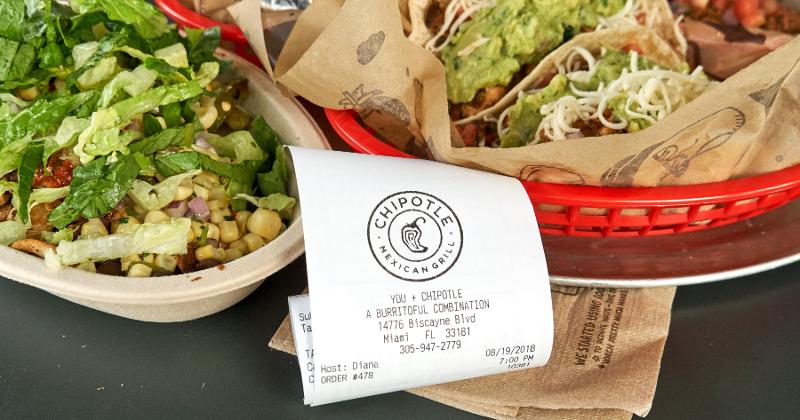 With menu prices up 13% in the third quarter, there are no plans for further increases./Photograph: Shutterstock.

Chipotle Mexican Grill is losing lower-income diners and McDonald’s is gaining them, both companies said this week.

Will the burrito brand turn to discounting to bring them back?

Jack Hartung, Chipotle’s chief financial officer, said in an interview on Yahoo Finance this week that this is an internal conversation they’ve had before.

“We had this exact discussion during the Great Recession, where we saw consumers start to reduce their dining experiences. And with Chipotle, during that time, even though our comps held up better than every other restaurant company—we stayed positive throughout that entire time—our transactions were slightly negative. So we did see some transactions actually dip,” he said. But “as the recession was starting to end, our transactions came roaring back and we had double-digit comps from there. So we’ve seen this before.”

During that earlier economic crisis, Hartung said company officials talked about whether they should offer a value meal or bundled offering that could give diners an option for less than $5, which was the price barrier to beat at the time.

“Our customers said, ‘Great idea. Go ahead and do it,’” he said. “And then, when we tested it in restaurants, nobody bought it. Because everyone said, ‘Well, I love my chicken burrito.’”

Fundamentally, Chipotle is not the brand where people look for a dollar menu or bundled meal, Hartung said. The vast majority of Chipotle diners have incomes above $75,000, and those higher-income guests increased their visits during the third quarter.

“They come for customization, real culinary, and they crave the food,” he said. “Most customers get the exact same entrée every single time. And that’s what they crave.”

But Chipotle’s menu prices have crept up. During the third quarter, prices were up 13% over the prior year.

Hartung reiterated the company’s position that Chipotle remains a better value than most fast-casual competitors. At Chipotle, a chicken burrito is still under $10, while similar offerings elsewhere would likely be in the $11 to $12 range.

And he said Chipotle still has room to increase prices, though there are no plans for further increases “if commodities behave themselves.”

Still, during the third-quarter earnings call on Tuesday, Chipotle CEO Brian Niccol said the company is evaluating how to narrow the growing gap in frequency between lower- and higher-income guests.

One position of strength for the brand: Young people.

The teenager to twenty-something diner, who may not have a $75,000-plus income, remains devoted.

“We know there’s a lot of power in being with young people, and we’re always going to be figuring out ways to stay young,” he said.

In addition, Chipotle has a rich database of information about its customer base, including a loyalty program with more than 30 million members. So the brand will likely find new ways to reach those diners wherever they are, as gamers, sports fans, social media lurkers or guac lovers.

“So we’re not going to be chasing with discounting in the traditional sense,” said Niccol. “We are going to use targeted CRM initiatives that we know get a great return and also play a meaningful role in the consumer that receives that message.”