Running a refrigeration system can account for 40 to 50 percent of total energy use in a restaurant—a sizeable chunk of the utility bill. New efficiency standards for commercial refrigeration equipment, published in a final rule by the U.S. Department of Energy in April, may ease the pain. 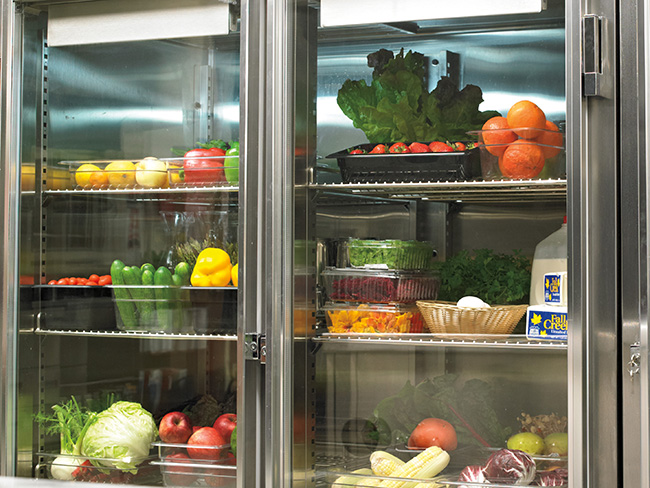 According to the DOE, the update to the 2009 standards will result in about $11.7 billion in energy-bill savings for refrigerators shipped from  2017 to 2046. The improved efficiency also is expected to cut carbon pollution by about 142 million metric tons over the next 30 years. Manufacturers will be required to meet the proposed standards by March 2017 and operators who purchase new equipment after that date will be buying the new, more energy-efficient models.

While the new regulations have the potential to benefit restaurants, there are drawbacks. According to Charlie Souhrada, director of member services at the North American Association of Food Equipment Manufacturers, “Overly aggressive standards and a tight time frame of three years will result in substantial increases in purchase and installation costs for new equipment.” Souhrada says, however,  there are too many unknowns to speculate on what these exact costs will be just yet.

At the urging of its members, NAFEM filed a petition in May against the DOE in response to its final ruling. NAFEM claims on its website that the ruling “places undue burden on small businesses, including cost increases that must be passed on to operators … and will increase operators’ desire to extend the lifetime of older equipment.” NAFEM also secured an impact statement from The National Restaurant Association.

In a related development, the  Environmental Protection Agency is crafting a proposal under the Significant New Alternatives Policy (SNAP) Program to move to natural refrigerants. The goal is to phase down the use of hydro-fluorcarbon refrigerants in compliance with the Clean Air Act.

A change in refrigerants also could increase the expense of maintaining and repairing  equipment for many small businesses, Souhrada says. In talks with the EPA, NAFEM has gone on record saying that the agency’s proposed rule “dramatically and suddenly reduces the variety of refrigeration options and products in the marketplace.”

Despite NAFEM’s objections, the new regulations can be a positive direction for the restaurant industry, says Michael Forrest, co-owner of Galli Restaurant in New York City. “Utility costs are only going up, so the investment in more energy-efficient equipment will help in the long run. For the most part, owners will recoup their investment over time,” he says. But, Forrest points out, a lot of smaller operations purchase used and refurbished equipment that will, presumably, not comply. “While the goal of the regulations is laudable, maybe some kind of tax break on purchasing new equipment would help small restaurant operators,” he says. “Frankly, the only drawback to the regulations for my business is the cost of the new equipment.”