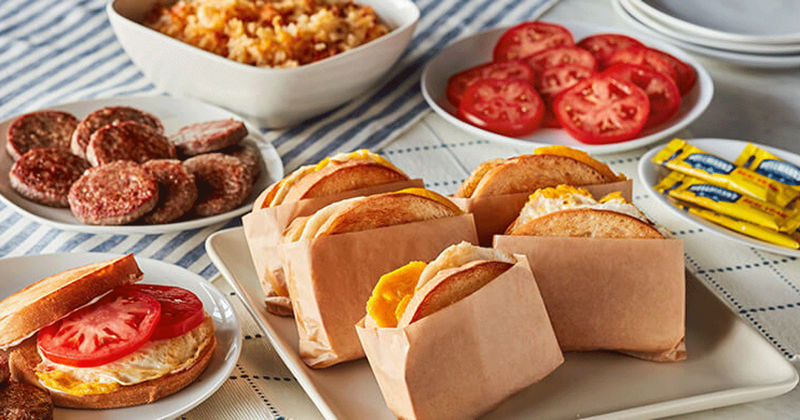 The initiatives are being embraced as the nostalgia-themed chain proceeds with another expected revenue booster, the addition of beer, wine and mimosas. The adult beverages are currently offered in 100 stores, with plans to make them available virtually chainwide within the next year. A promotion of a seasonal mimosa is already in the works, according to CEO Sandy Cochran.

She also disclosed plans to resume the rollout of Cracker Barrel’s new POS system. About 175 stores were retrofitted with the technology before the rollout was suspended because of the pandemic.

Cochran did not divulge details about the grab-and-go stations, but predicted that the offer of portable products which guests can grab off a shelf will snag customers who aren’t regular users of Cracker Barrel’s other to-go options, which include curbside delivery. A test of grab-and-go selections will begin this month, along with the trial of a separate catering kitchen, the CEO said.

She noted that Cracker Barrel’s off-premise business has grown by 145% during the pandemic. The new endeavors are intended to sustain that surge, Cochran noted.

What the chain is calling front porch dining is already available in about 350 units, according to management. Executives expressed hopes that the outdoor accommodations will prove popular with consumers who are still jittery about dining indoors because of the pandemic. Cracker Barrel has stated earlier that it expects its clientele to be more concerned than the general population about anti-COVID safety measures because so many patrons are in high-risk age groups.

In addition to the front porch dining areas, a number of Cracker Barrel units are also erecting catering-style tents in their parking lots to serve as open-air dining areas. Cochran said the concept’s strong presence in temperate southern markets should enable the brand to maintain its outdoor dining options for a considerable stretch.