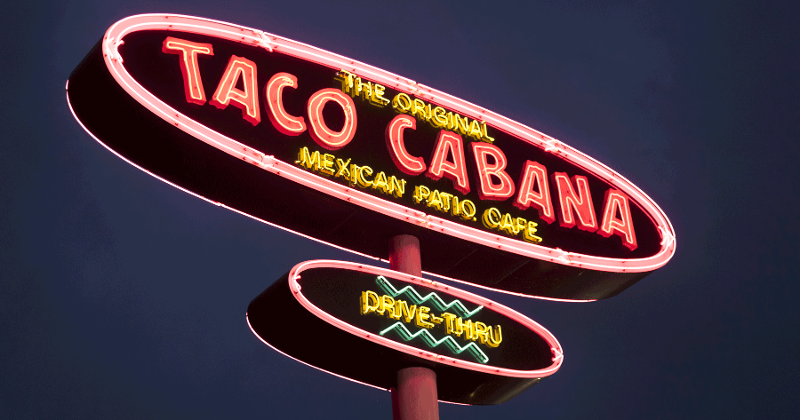 The operator is banking on its drive-thrus, investing in improving the customer experience and speed of service, as well as adding drive-thru-friendly menu items, such as a new line of Cuban pressed sandwiches at Pollo Tropical.

At Taco Cabana, the drive-thru saw 37% growth in average weekly sales in Q3 over the previous year. Fiesta said its margarita promotions during the quarter have helped fuel those sales, helping to drive check averages up more than 17% year over year.

Fiesta said it is working on improving its drive-thru order-taking devices and menu boards.

In addition to drive-thru growth, Fiesta has also seen growth of its delivery operations amid the pandemic.

“Our business mix historically had been more heavily weighted towards the dining-in occasion compared to our fast-casual peers for both brands at approximately 26% of our revenue,” Fiesta CEO Rich Stockinger said during the call. “The evolving status of the pandemic has clearly had an impact on consumer comfort levels with the dining experience.”

Taco Cabana launched a new app in September and the chain said it expect to see significant growth in online sales because of the streamlined customer experience.

On Tuesday, Florida voters narrowly approved a ballot proposal to raise the state’s minimum wage to $15 an hour by 2026.

Currently, the average wage for a Pollo Tropical employee is about $9.60, the company said. The minimum wage increase would cost the company about $2.5 million, CFO Dirk Montgomery.

But, Montgomery said, “A large percentage of our customer base is likely service employees that would be positively benefitted by any kind of wage legislation.”