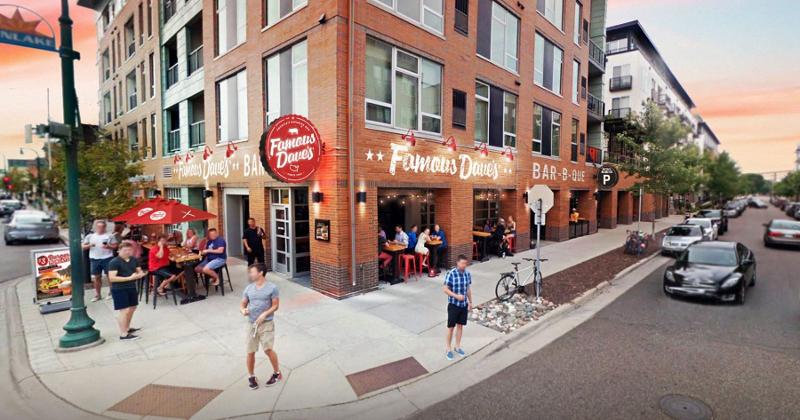 The Famous Dave’s barbecue chain is adding another development option to its roster with the opening Friday of a new scaled-down prototype that’s less expensive to build and staff.

The new format is less than half the size of a traditional restaurant within the full-service chain, and puts more of a focus on bar service, according to Famous Dave’s parent, BBQ Holdings. It describes the seating as “compact,” in keeping with the chain’s emphasis on increasing its takeout, delivery and catering sales.

The menu is also smaller than the bill of fare at a conventional Famous Dave’s branch.

Features unique to the new 3,000-square-foot prototype include tabletop ordering devices and standup digital kiosks. The technology is intended to catch the attention of younger consumers while also providing more convenience.

The store, in the Uptown neighborhood of Minneapolis, will feature additional traffic draws such as karaoke, trivia contests and game nights, BBQ said.

Overall, it added, the experience for customers should be different from what they encounter in a traditional unit.

“Our team is looking forward to this initiative that will capture efficiencies in occupancy costs, labor, and an abbreviated menu of our legendary, core BBQ,” BBQ CEO Jeff Crivello said in a statement.

The company intends to put the new units in high-population areas such as Atlanta, New York City, New Jersey and Illinois.

The smaller prototype is one of several new formats and concepts BBQ is embracing as part of its rejuvenation. Less than two weeks ago, the company opened the prototype of a new full-service venture called Clark Crew BBQ, a joint venture with legendary pitmaster Travis Clark. Famous Dave’s is also experimenting with a fast-casual riff called Real Famous BBQ.

What happens to outdoor dining in fall and winter?

Restaurant chains use the pandemic to hack off weak stores

Starbucks, Dunkin’ and McDonald’s have a common problem: Fewer commuters